Ever since our favorite friend Jennifer Aniston wed Justin Theroux last week, we have been waiting on edge for a snap of the gúna.

While we have been fed tidbits of information from some very famous guests, the couple have remained tight-lipped about the day and no photos have been released. 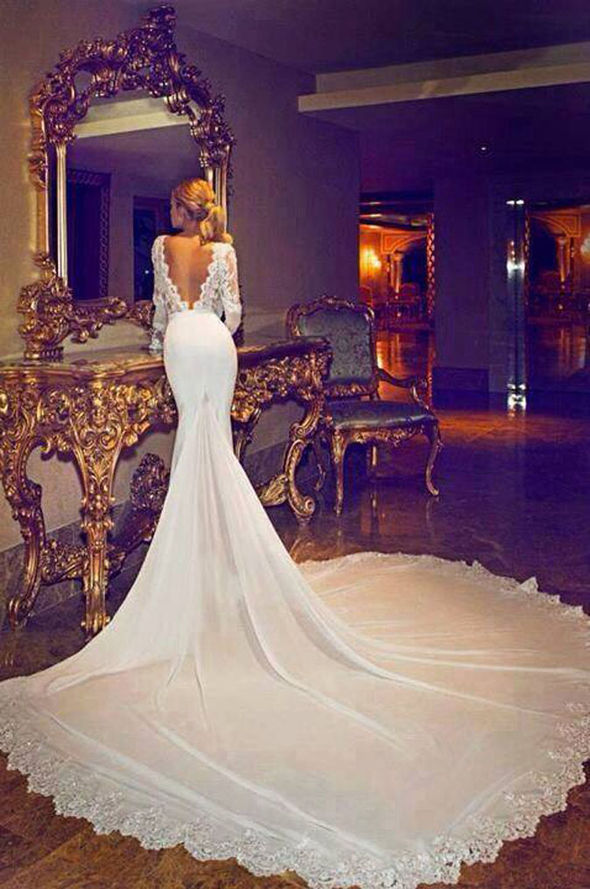 So, understandably enough, fans went into meltdown this week when a Jen fanpage seemingly released some behind-the-scenes snaps of the elusive gown.

An image depicting a Jennifer lookalike gazing into a gilded mirror in a scalloped ivory lace fishtail gown sent fans into a frenzy.

The photo was captioned, "You have my whole heart for my whole life. #WeddingDress", sending Twittersphere into mayhem trying to decipher if the photo was authentic or not.

While many (including some well-known publications) shared and complimented the picture, those in the know quickly pointed out that the model was not in fact Jennifer at all.

So, the wait continues.

popular
QUIZ: Can you name the Keanu Reeves movie from just the screenshot?
Staycation: 7 gorgeous glamping spots for your Irish summer getaway
Love Island's Lucie and Luke have confirmed they are, indeed, dating
QUIZ: How well do you remember The Rugrats Movie?
Lidl launches own fake tan and it'll only set you back €3.99
There's a Harry Potter themed Airbnb in Roscommon and we just need to visit
Womb stories: Bodyform's latest ad is a triumph for women's health portrayal
You may also like
1 year ago
Turns out, this colour of wine gives you the WORST hangover
1 year ago
Love a bit of gossip? It might not be as bad as you think
4 years ago
Lily Allen has revealed that she was stalked for seven years
4 years ago
Pretty Little Liars actor Brandon Jones could be facing over five years in prison
4 years ago
Gwen Stefani Receives Massive Backlash After "Insulting" April Fools' Prank
4 years ago
Katie Price Names And Shames The Twitter Trolls Bullying Her Son Harvey
Next Page