After much speculation over which direction her post Love Island career would take her, Indiyah Polack has announced that she is partnering with Boots for a major beauty deal.

Taking to Instagram to announce the partnership, Indiyah posted a picture of herself signing her contract at Boots HQ in Covent Garden in London. 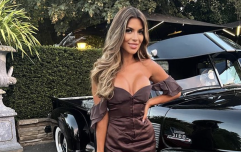 END_OF_DOCUMENT_TOKEN_TO_BE_REPLACED

In her caption, she spoke about her passion for beauty.

She wrote: "Can’t believe I’m typing this right now but.. I am insanely excited to announce that I am a @bootsuk Beauty Ambassador!

"You guys know beauty is a huge passion and obsession of mine, so becoming a beauty ambassador for Boots is a dream come true."

She added: "None of this would be possible without all of your love and support, nothing goes unnoticed and I love you all so much!!

"Can’t wait to get to work on this and share more with you over the next few months."

Indiyah was instantly met with messages of congratulations from many of her Love Island co-stars. 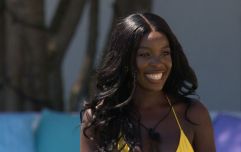 "Everyone and anyone can wear wigs": Meet the Irish Black-owned business featured on Love Island

END_OF_DOCUMENT_TOKEN_TO_BE_REPLACED

Tasha Ghouri wrote: "THIS IS PERFECT FOR YOU!!!"

Sustainable fashion advocate Brett Staniland penned: "The whole of beauty! (...) So happy for you!"

Since coming off Love Island, a number of the show's stars have signed lucrative brand deals. Gemma Owen, who came in second alongside her boyfriend Luca Bish, announced that she would be PrettyLittleThing's newest brand ambassador. Paige Thorne, who finished in fifth position, signed a fashion deal with Forever Unique, which is owned by Real Housewives of Cheshire star Seema Malhotra.

Tasha Ghouri, meanwhile, signed with eBay to become their first ever pre-loved ambassador. Announcing her deal, she said that she wants to "put secondhand fashion front and centre".