Lush has created a 'God is a Woman' bath bomb, so excuse me while I soak like Ariana

I only take bookings through my agent now...

Excuse me while I go full diva but I'm about to become Ariana Grande so you can understand the excitement.

A few months ago, a Twitter fan of Ariana Grande's reached out to Lush asking if there was any chance they would create a bath bomb that would stir up similar vibes to the "bath scene" from Ari's music video for "God is a Woman".

omg @lushcosmetics i’ll do anything

Lush being the kind folk they are, replied saying they'd think about it and then ARIANA herself backed the idea and three months later, I give you the Goddess bath bomb. 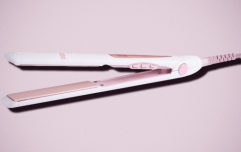 END_OF_DOCUMENT_TOKEN_TO_BE_REPLACED

The bath bomb (which has already been sent to Ariana) hits stores and their online site TODAY and it's safe to say we're buying it after work!

There is no way we'd prefer to spend the BH weekend then having a soak with Sweetner playing in the backdrop.

And that's not all, Lush's Halloween collection is also still on sale from glow in the dark soap to spooky bombs - it's perfect for the weekend that awaits. Eeeek.

popular
Staycation: TripAdvisor reveals the top 10 hotels in Ireland for 2020
Irish actor Richard Flood promoted to series regular on Grey's Anatomy
WATCH: Sneak peak of Paul Mescal in latest Rolling Stones' music video
Penneys and Andrew Fitzsimons release €14.99 hair straightener and dryer
"Deeply and unreservedly sorry:" Ryan Reynolds apologises for marrying on former slave plantation
WATCH: The trailer for Netflix's Ratched is here
Someone has ranked the penis size of men from all over the world
You may also like
1 day ago
War Paint: Ireland's first makeup brand for men has just launched
5 days ago
Boots' €30 Glow Skin Edit box contains €80 worth of product
1 week ago
Spotted at Penneys: Two cruelty-free dupes for popular makeup brands
2 weeks ago
The Ordinary's €7 serum sold 100,000 bottles after TikTok showed its incredible effects
2 weeks ago
Here's all 4 new shades of Charlotte Tilbury's Airbrush Flawless Finish Powder
3 weeks ago
Fenty Skin: Everything you need to know about Rihanna's new skincare line
Next Page