Would you give these a shot?

And with just days to go until the end of the year, we didn't think we'd be seeing anything else that would be as baffling. 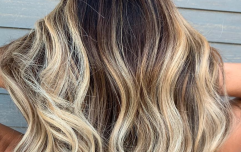 END_OF_DOCUMENT_TOKEN_TO_BE_REPLACED

That is, until we heard of matchstick nails.

The trailblazer of the newest trend igniting social media is Tony Ly, from Tony's Nails.

The Texas native has an Instagram account with hundreds of thousands of followers, where he often shares some more "normal" manis - as well as some totally out of the box ones.

He posted a short video showing off what the look can do on Instagram.

The design features a green nail polish, outlined with some holographic looking gems. And at the very tip of the stiletto nail was four teardrop shaped gemstones, with one of them containing a matchstick.

A post shared by Designed By Tony Ly (@tonysnail) 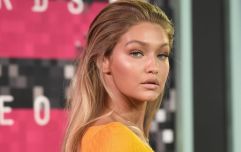 Yoga skin is the summer's hottest beauty trend, and it couldn't be easier to achieve

END_OF_DOCUMENT_TOKEN_TO_BE_REPLACED

The other hand featured a nail with the igniter strip, which you could actually use to light the match.

The other, slightly shorter nail was done in a red-and-white checkered design, with a line of gems along the cuticle to dress it up a little bit.

It does look like it's a pretty easy design to use. Based off the video, if you want the light the match, you've got to just swipe the tip of your nail over the lighter strip until it catches fire.

And once you're done with the match, you can slip the gemstone off your nail and throw it away. 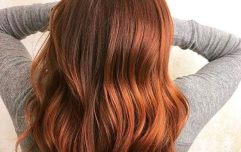 Terracotta hair is set to be the hottest colour trend of the summer, and we adore it

END_OF_DOCUMENT_TOKEN_TO_BE_REPLACED

It seems (more than a bit) terrifying at first - and kind of has us wondering where the nearest fire extinguisher is - but we definitely have to give him credit for creativity.

Based off the comments below the video, his followers also approve of the latest look to ignite their social media feeds.

"I want this during my next fill please."

"The game has been elevated to another dimension."

But the out-of-the-box idea wasn't only getting love.

Some social media users were worried about the idea of having an open flame near chemicals that are often found in nail products.

"Who lights fire around acrylic and nail polish? Just dumb."

While it's definitely an innovative manicure design, you would want to be super careful about having an open flame near flammable products.

But, if you're brave (and careful) enough, one things for sure - this would definitely make your manicure game lit.

Girls With Goals || Her · Ep.153: Scholarship Squad - We chat to Facebook's Claire O'Hara about our Smurfit Scholarship fund.
popular
Irish people urged to send a hug to loved ones on National Hugging Day in aid of Ronald McDonald House
Matthew Perry's dad was a character on Friends and how did we not notice?
Robbie Williams "fairly sick" with Covid while holidaying in Caribbean
Seven Things You May Not Have Known About... Garth Brooks
Someone has ranked the penis size of men from all over the world
Gilmore Girls star says he didn't storm the Capitol, praises those who did
Here's what will happen in Bridgerton season 2 - if Netflix goes by the books
You may also like
2 years ago
This is the Shellac shade Irish women cannot get enough of
2 years ago
People are very, very worried that Rihanna is bringing back this beauty trend
2 years ago
International MUA tells us how to nail the biggest beauty trend of 2018
3 years ago
Santa hat brows are apparently now a thing and we kind of love them
3 years ago
This dramatic but gorgeous hair trend is aimed at brown-haired gals
3 years ago
The newest eyebrow trend is here and it's perfect for Hallowe'en
Next Page