We've been obsessed with Millie Bobby Brown ever since she first appeared on our screens.

She's an actress, an activist, and the youngest person ever to be made a UNICEF Goodwill Ambassador. 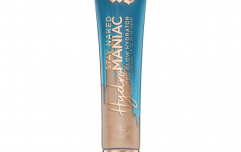 END_OF_DOCUMENT_TOKEN_TO_BE_REPLACED

Millie is also a style icon at the ripe old age of 15.

Whether she's rocking couture looks on the red carpet, or killing it in the beauty game - we just can't get enough of this awesome honey.

So naturally, when Millie does something, we take notice.

The young actress has recently debuted a massive hair change, her biggest since the buzz cut of 2016.

The Stranger Things star has always rocked her natural, chocolate brown hair, no matter the various lengths it’s been. 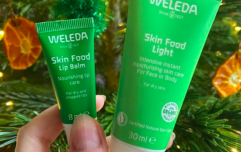 END_OF_DOCUMENT_TOKEN_TO_BE_REPLACED

The salon captioned the snaps:

"Fun time with @milliebobbybrown at the salon! Known for her role as Eleven in the Netflix science fiction horror series Stranger Things, for which she received Primetime Emmy Award nominations for Outstanding Supporting Actress."

Alongside the caption were two pictures, one of Millie getting her hair done, and one revealing the finished product.

And we couldn't love her new look more!

Girls With Goals || Her · Ep.151: 'A Story Shared' - Aoife P. Rafter on blogging during a pandemic and living with CF
popular
Around the world: The most popular baby names in major cities across the globe
WATCH: The trailer for To All The Boys I've Loved Before part 3 is here
When will lockdown end in Ireland?
Netflix announces new true crime documentary series: The Vanishing At The Cecil Hotel
Matt LeBlanc And Matthew Perry Reveal Reason Why They Didn’t Attend Jennifer Aniston’s Wedding
"The female gaze is brilliant:" Why Phoebe Dynevor is proud of Bridgerton's sex scenes
Here's what happens on every day of your menstrual cycle (roughly)
You may also like
1 month ago
Millie Bobby Brown: "I just wish people were more respectful"
9 months ago
David Harbour 'reveals' the release date for season four of Stranger Things
11 months ago
Netflix have released the first teaser for season four of Stranger Things - and have confirmed Hopper's fate
1 year ago
Millie Bobby Brown just shared more details about season 4 of Stranger Things
1 year ago
The first look at Penneys' Stranger Things collection is here
1 year ago
Lily Allen and Stranger Things' David Harbour are the best thing to come out of this year
Next Page