She says we owe it to the next generation to say "it's okay to be you."

A Miss Great Britain contestant who was bullied at school over her appearance is to enter the competition make-up free in the hope that she will "empower young women", reports the BBC.

Elle Seline, 31, said that due to her mixed heritage, she was ridiculed at school for having more body hair. She said that she used makeup as a mask but wants her story to inspire the next generation.

Elle had entered the competition last year, but sadly she wasn't successful. "I gave them something I thought they wanted to see," she said.

But this year, in a bid to be her most authentic self, Elle entered without wearing any makeup.

"Standing onstage in front of loads of people on a national pageant platform is going to be really scary," she said.

"But I know after the competition I'm going to feel really good about myself, regardless of if I win or not.

"We owe it to the next generation to say it's okay to be you," she added. "There may be a young girl at school who sees it and feels that, actually, I'm good enough as I am." 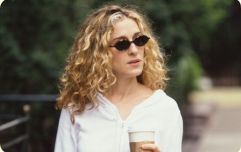 END_OF_DOCUMENT_TOKEN_TO_BE_REPLACED

Elle grew up on the Greek island of Skiathos before attending Warminster School in Wiltshire.

"I came from a different culture. I was ridiculed for my body shape, my hair was quite frizzy and they would always say that I had head lice and that I was a gorilla because I had a bit more facial hair and arm hair."

Elle now lives in Surrey where she works as a mental health worker. She goes so far as to say the bullying she experienced led to depression in later life.

"I would look in the mirror and ridicule myself, because that's what they did," Elle continued.

"I would wear foundation that was a bit lighter than my skin because I was desperate to fit in. And the filters and the apps nowadays are doing exactly what I did at school."

The finals are due to take place in Leicester on Thursday and Friday.

popular
John Travolta's Irish accent has to be heard to be believed
Viewers left unimpressed after “ridiculous” Operation Transformation scene
Suzanne Jackson forced to pull Ultra Dark tan from market in April
Parents of teen kidnapped by her ex give emotional statement as he's sentenced
Women are rinsing their hair in apple cider vinegar – and the results are amazing
Irish people expecting babies via surrogate in Ukraine urge to contact Foreign Affairs Department
Horrifying CCTV footage shows woman being kidnapped by her boyfriend
You may also like
3 months ago
Eye-lighter: the makeup trend that apparently makes your eyes look even bigger
4 months ago
Opinion: Charlotte Tilbury's 'relationship advice' is revealing of the beauty industry at large
5 months ago
We've just found the perfect dupe for Estée Lauder Double Wear - and it's only €8
6 months ago
Colourful eye bags are trending - and they're actually kind of stunning
6 months ago
Sweating off your makeup? This foundation might help it stay on
6 months ago
This vegan €2.50 lipgloss from Penneys is a game-changer
Next Page