Love Island's Olivia Attwood is known for her long blond locks but she went brunette, if only for a short time, and shared the hair transformation on her official Instagram account, via the Stories function.

Although fans quickly began telling her how fab the look was and that it suited her, the 26-year-old then explained it was a wig.

Olivia, who found fame on this year's series of Love Island, said that celebrity hairstylist Carl Bembridge had kitted her out with the new look. 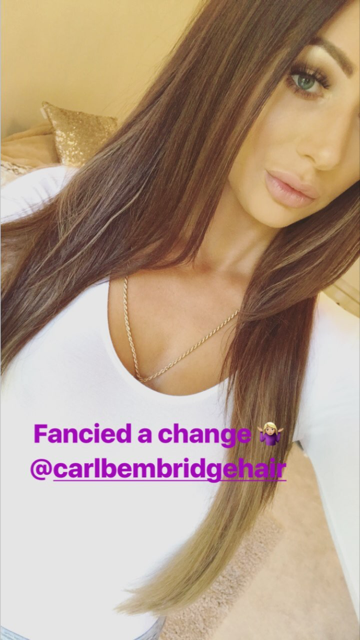 Carl was also responsible for Jessica Shears' blond bob which she debuted a couple of weeks ago and it's clear that this man is the master of a good hair transformation.

Earlier this week, Olivia caused a stir on social media when she shared a snap of her wedding guest outfit and people criticised her for wearing cream.

However, despite the backlash, she has an Instagram following of 1.4 million and there's no denying that her followers have a vested interest in the reality TV star and her other half, Chris Hughes, also of Love Island fame.

popular
Here is the reported I'm A Celeb All Stars line-up
Two Love Island 2022 stars have just become step siblings...
Molly Mae Hague shares emotional moment she discovered she was pregnant
Abducted in Plain Sight: True crime drama follows girl who was kidnapped twice by the same man
Female child rushed to hospital after violent incident in Co. Clare
Here's when Florence Pugh's new Irish film lands on Netflix
Why Are Men so Obsessed With Boobs? The Answer is Pretty Surprising...
You may also like
1 day ago
Two Love Island 2022 stars have just become step siblings...
1 day ago
Adam Collard responds to claims he cheated on Paige Thorne
4 days ago
Love Island's Indiyah explains why she called a medic in the villa
5 days ago
Greg O'Shea opens up about "really bad" time as he suffered a mental health crisis
1 week ago
Love Island's Tasha lands yet another fashion deal
1 week ago
Love Island's Paige opens up on the moment she changed her mind about Jacques viewers didn't see
Next Page