Sick of Starbucks? Get a free manicure by supporting your local café

The amount of Starbucks in Dublin city centre is pretty ridiculous.

In Friends you don't see Ross and Rachel et al running around New York bombarded with a Starbucks on every corner, they have most of their antics and conflicting discussions in their local café, Central Perk.

It's an iconic establishment.

The amount of Starbucks cafés in Dublin city centre lately, is a bit excessive. Every alley, every nook, cranny or hole in the wall seems to have a Starbucks set up. 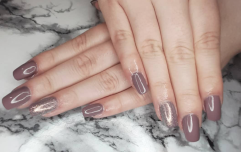 END_OF_DOCUMENT_TOKEN_TO_BE_REPLACED

What happened to remaining loyal to your local café much like Central Perk, gaining a connection with your barista and appreciating a homegrown, independent business?

During the hard times of the recession, it was supporting local businesses that revitalised our economy and that's what one Dublin nail bar Tropical Popical are trying to encourage in a new campaign.

#Nailingcoffee, a campaign to boost the awareness of independent coffee shops in Dublin, features people uploading Instagram pictures of their nails wrapped around independent coffee cups with a chance to win a free manicure and Clement & Pekoe coffee, courtesy of Tropical Popical.

Drink Independent ☕️ Support your local coffee shop, it's important. Upload a pic of your nails wrapped around a cup of your fav hot stuff and #nailingcoffee @tropicalpopical.

In Dublin's fair city, where the nails are so pretty...... I stand with the @tropicalpopical gals in supporting local coffee shops like my neighbors at @proper_order_coffee_co instead of the chains at every corner. #NailingCoffee #SupportLocal #TastesBetterToo 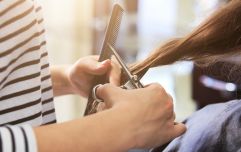 5 UNREAL places to get a gorge haircut in Dublin, that aren't in town

END_OF_DOCUMENT_TOKEN_TO_BE_REPLACED

In speaking to Her.ie, Andrea Horan of Tropical Popical told us how the idea was conceived:

"It's not Starbucks I'm pissed off with, it's the continued growth of homogenization and automation purely for capital gains with disregard for local communities and produce.

"So instead of just ranting on Facebook again and putting my friends through another ear bashing, I just wanted to celebrate the local, independent peeps who are doing their thing and brightening up my day.

"Independents are usually experience and product driven rather than profit driven and for me personally, I just think that's a nicer way to live."

Andrea Horan will be speaking more about this at the Socialise event in The Dean Hotel on May 5th.
Lead image via Facebook

Girls With Goals || Her · Ep.151: 'A Story Shared' - Aoife P. Rafter on blogging during a pandemic and living with CF
popular
"I don’t know where I’d be without her:" Paul Mescal chats new girlfriend in candid new interview
Zoe Alexander Says X Factor Made Her Look Like a 'Fool'
QUIZ: Can you guess the TV show from the kitchen?
Ex-housemate has no sympathy for I'm A Celeb's Jordan North - because he let her gerbil die
New image based sexual abuse laws to carry prison sentence of up to seven years
The Obamas are producing a Netflix comedy about the Trump administration
Singing crowds gather on Grafton Street amid Level 5 restrictions
You may also like
11 hours ago
Singing crowds gather on Grafton Street amid Level 5 restrictions
2 weeks ago
The Irish Emigration Museum in Dublin is voted Europe’s Leading Tourist Attraction
1 month ago
Schools may be forced to close today after urgent hand sanitiser recall
1 month ago
Dublin is finally getting public recycling bins and they're on the streets now
1 month ago
WATCH: Hozier tips popular busker playing ‘Take Me To Church’ on Grafton Street
2 months ago
Gardai investigating "all circumstances" as young woman is found dead in Dublin apartment
Next Page