They say beauty is in the eye of the beholder, but if you were a lady in the 1930s, it was much more to do with your facial measurements.

Good Housekeeping brought a throwback Thursday snap with a difference to light this week – offering women a chance to see if they had a ‘perfect face’ by the standards set in 1934.

Using a snap of a model named Sylvia Sidney, the woman was praised as have the “perfect face” at the Southern California Cosmetologists for its symmetry and oval shape. 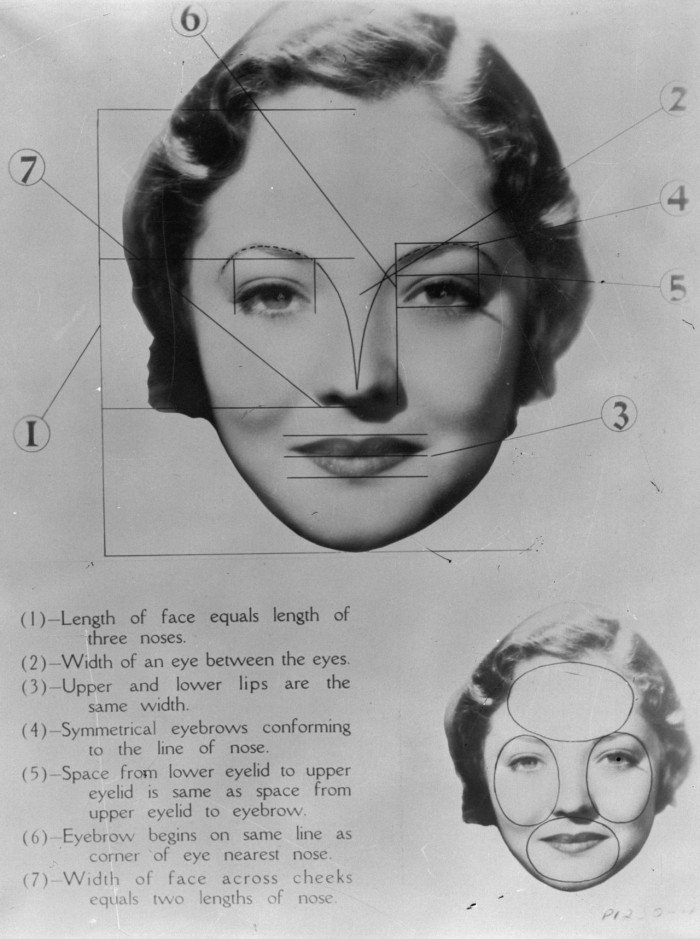 The image, which was later broken up in a measurement guide for make-up artists, depicts the ideal face as having seven distinct qualities:

Of course, this is all subjective to taste. And shockingly enough, opinions and tastes have changed since the 1930s.

We might just take a pencil and measure the eyebrows though. That’s just strong brow game.

popular
Vogue Williams slams man who refused to swap seats with her on plane
New Zealand family find two bodies in second hand suitcases
Crown Paints advert receives 200 complaints over 'misogyny' and 'everyday sexism'
Are we getting a mini heatwave in September?
This is why the world is obsessing over Adidas Gazelles
Scarlett Moffatt slams 'disgusting' pap for sneaking into hotel to take photos of her
This is the exact date the weather will get warm again
You may also like
3 months ago
Gogglebox star Mary criticised over Boris Johnson comments
3 months ago
Irish influencer Claudine Kehoe welcomes her first child
4 months ago
Facebook and Instagram down amid social media outages
4 months ago
David Beckham hands over his 71 million followers to Ukrainian doctor
5 months ago
Kanye West has finally been suspended from Instagram
7 months ago
Government to consider new bill around issue of harmful online content
Next Page