We are all about DIY and 'hacks' when it comes to our beauty routines.

A three-ingredient face mask? Count us in. A trick to transform your false lashes? Yeah, sounds good. How about a DIY dupe of Fenty's Body Lava? We'll try that too.

But there's a new beauty 'hack'/DIY that is doing the rounds on the internet - and it's taking things too far. 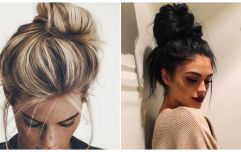 END_OF_DOCUMENT_TOKEN_TO_BE_REPLACED

The tutorial, put together by Five Minute Crafts, shows a woman going to extreme lengths for a new makeup brush... by using her own hair.

It begins with her chopping off a huge chunk of her hair (seriously, did she need to cut that much?!) and...kind of looking like she's going to cry when she looks at the hair in her hand. 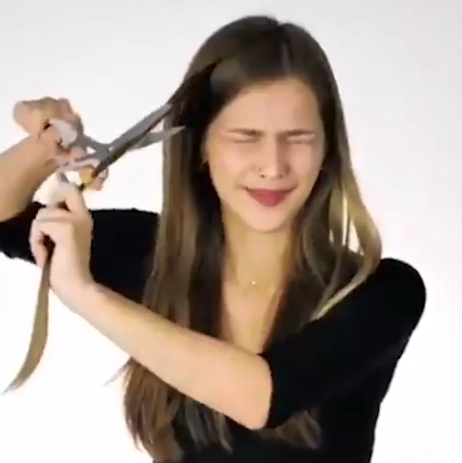 She then takes an old pencil and glues her hair onto the end - the part where the eraser normally is.

She chops the hair down so it's almost the lengthy of a fan brush, before chopping it again into tiny bristles.

So, again: did she really need to cut off that much hair in the first place? 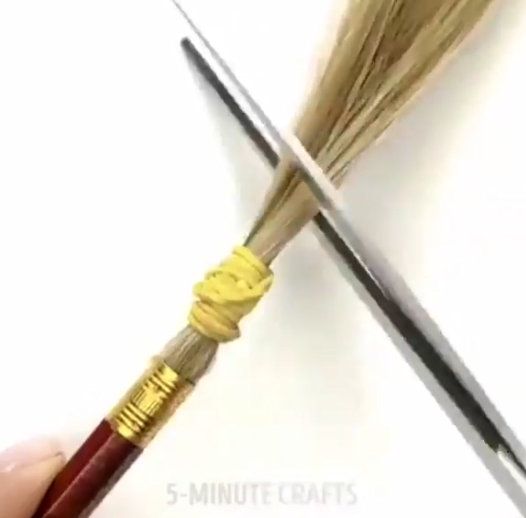 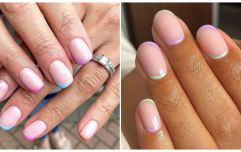 END_OF_DOCUMENT_TOKEN_TO_BE_REPLACED

The woman then sweeps brown eyeshadow across her eyelids, as if her DIY makeup brush is the most normal thing in the entire world.

Twitter user @malicioustaurus shared the clip online, where it soon went viral - and people were horrified by the whole thing.

this is the worst DIY i’ve ever watched pic.twitter.com/wWywzyXtlV

I was waiting for someone to say this! She puts the elastic and then cuts like 6 inches more, whattt

It’s a no from me

popular
Shirley Ballas books breast exam after Strictly viewers spot lump
You can now apply for tickets to the Late, Late Toy Show
Hollywood couple Joe Manganiello and Sofia Vergara seen enjoying a Cork chipper
Aisling Bea is reportedly dating a leading Hollywood man
You can now live in the iconic house from Sabrina The Teenage Witch
You can now get paid to eat wine and cheese for Christmas
Love Island's Sam Bird reveals the real reason he split up from Georgia Steel
You may also like
4 days ago
The internet can't get over this picture of Tommy Fury with his brother Tyson
1 month ago
The 'secret' Zara label signs that'll apparently help you get the right size every time
1 month ago
TikTok shows just how extreme Irish dads can be
1 month ago
Meet cloud bread – the three-ingredient baking trend going viral right now
1 month ago
Cereal milk lattes are trending – and it might change your breakfasts forever
2 months ago
Influencer shocked as she's denied entry to party bus because of her size
Next Page