Ah we love nothing more than a celebrity hair colour change.

Ladies, we're so used to the celebrities going mad with hair colour changes. 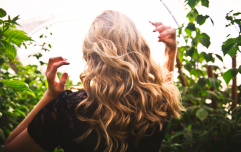 Summer hair: 3 products to buy now for silky, nourished hair with no frizz

END_OF_DOCUMENT_TOKEN_TO_BE_REPLACED

It feels like members of the Kardashian/ Jenner clan have new looks every damn week.

And they're all class, in fairness.

However, there's nothing quite like a truly unexpected hair change in Hollywood.

So as you can imagine, I nearly fell off my chair when I saw Zendaya's fab new look.

In recent years, Zendaya has rocked a number of groovy hair styles, from a blonde mullet, to an Afro.

And let's not forget those iconic Diana Ross-worthy curls. 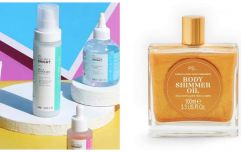 END_OF_DOCUMENT_TOKEN_TO_BE_REPLACED

However, her latest look is one of her best ever, and we kind of wish we could have it too.

Yesterday, at a photo call in London to promote the new Spider-Man: Far From Home film, Zendaya rocked up with her hair straight and dyed a delicious red colour.

YES! Giving us serious Rihanna circa 2010 vibes in a major way.

Fans were pretty quick to speculate the reason for the red hair, thinking that she might be playing Ariel in the upcoming live-action The Little Mermaid reboot.

Which we Stan in a big way.

"Yall! Zendaya died her hair red this is not a drill does it mean she's really playing ariel?? Or is she trying to take on the original mj persona?? Yall this is too much by brain can't handle it."

However, Z but the theory to bed, simply replying: "MJ homage."

We'll hold out hope for a possible Ariel/ Zendaya situation though.

popular
Love Island’s Afia explains why Gemma’s dad has not been mentioned on show
Two dumped islanders have confessed their feelings for each other since leaving the villa
Love Island fans concerned over "bullying" of Ekin-Su
Shaughna Phillips brands Love Island heart rate challenge "fixed" and "vile"
Love Island fans are in shock after new boy Charlie revealed his age
Why Are Men so Obsessed With Boobs? The Answer is Pretty Surprising...
Selling Sunset's Maya Vander experiences miscarriage
You may also like
6 days ago
This 'wet foundation' hack is the latest TikTok craze – but wait until you see the results
6 days ago
What is golden hour beauty, and how do we achieve it?
1 week ago
Everything we know about Hailey Bieber's skincare range coming this week
1 week ago
Glowing, healthy skin: 5 non-toxic beauty products to stock up on for summer
1 week ago
Jessica Alba shares 'next level' make-up hack – and the result is unreal
2 weeks ago
Going grey? Herringbone highlights are the cool new way to embrace your silver strands
Next Page