Louise O'Neill's After the Silence to be adapted for TV

The team behind Peaky Blinders nabbed the TV rights for this Irish novel.

Bestselling Irish author Louise O'Neill announced today that her novel After The Silence will be adapted into a television series.

The writer shared the news on Instagram this morning.

END_OF_DOCUMENT_TOKEN_TO_BE_REPLACED

"Some news," she wrote. "I'm delighted to announce that Tiger Aspect (the production team behind Peaky Blinders, and other incredible shows) has bought the TV rights to #AfterTheSilence. I can't wait to see what they do with this adaption!"

After The Silence was released last year, and explores the death of a young girl who posthumously becomes the subject of a documentary.

As well as sharing her excitement online, O'Neill spoke to The Bookseller about the announcement.

"While writing After The Silence, I often thought how cinematic it was," she said. "The bleak beauty of a windswept island off the Irish coast, the structuring of the novel around a true crime documentary, and a complex, complicated female character at its heart."

She continued: "I’m delighted that Muirinn Lane Kelly, Lucy Bedford and Tiger Aspect Productions feel the same! I’m a huge fan of their work and I’m excited to see what they will do with this adaptation." 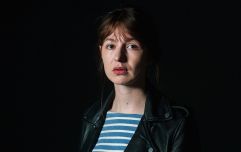 END_OF_DOCUMENT_TOKEN_TO_BE_REPLACED

The production company were equally excited about the collaboration.

"I’ve always loved Louise’s novels," said Tiger Aspect's Lucy Bedford. "It’s wonderful to be working with her on After the Silence.

"This feminist thriller challenges us to examine our obsession with true crime as entertainment, while also looking compassionately and unflinchingly at domestic abuse and coercive control. It is both bingeable and about something meaningful and profound."

Bedford also credited O'Neill for writing "the most brilliant twist".

After the Silence is O'Neill's fifth book. Last year, it picked up Crime Fiction Book of the Year at the Irish Book Awards.

Her second novel, Asking For It, won Book of the Year at the 2015 Irish Book Awards.