#MakeAFuss: The woman behind your favourite black pudding on 40 years in the food industry

"People talk about being lucky but you can make your luck."

Food trends come and go, but what makes a brand go the distance?

You need luck, says Colette Twomey of the Clonakilty Food Company, but there's no substitute for taste and a strong vision.

She and her late husband Edward started in a family butcher's shop in the West Cork town over forty years ago and have turned the business into a household name.

That was never the plan in the beginning, she tells us.

"We copped on that people were coming in just for the black pudding."

Colette had no business experience when she and Edward first met in the 1970s.

She was training in brain scanning in Cork and was due to go to London's Great Ormond Street but "the heart rules the head" and so she married him and moved in above the butcher's shop with him.

One of their bestselling products was the family recipe black pudding.

END_OF_DOCUMENT_TOKEN_TO_BE_REPLACED

"We had no great plan to develop it, but we copped on that people were coming in just for the black pudding," she said.

"The penny dropped that people would take it if they were going up the country or going to England or whatever and were sending it over for Christmas."

She and her husband started to make more of it and send it to other local shops.

A post shared by Clonakilty Blackpudding (@clonakilty_blackpudding) on Jul 11, 2017 at 7:23am PDT

END_OF_DOCUMENT_TOKEN_TO_BE_REPLACED

"It was that kind of organic growth without a major plan," Colette says.

"One time somebody asked us for a business plan which was very new for us and we were saying 'what do you write down?' And Ed just said, we love the black pudding so much, wouldn’t it be great if everyone else who loved it was able to get it in their local shop?"

That vision became what helped to drive early growth for the Twomeys.

"If you have that (vision) you will put the tools in place to make it a reality but you have to picture what success means."

"Wherever Irish people are, it is."

This common sense approach to business came ahead of any complicated strategies.

"Our number one attribute is taste and you can’t put taste on a billboard," Colette says.

"We didn’t do any marketing but we went to shows. We had to cook it and serve it so we did a circle of the country.

"We did ICA (Irish Countrywoman's Association) cookery nights with our skillet in the corner and at the interval we would serve it and then a shopkeeper would say 'I liked that' or customers would say to a shop, 'why don’t you get that?' and it went from there."

The Clonakilty brand's 'big moment' came, she says, when supermarkets began to kick off in Ireland and they managed to get their product on shelves.

Colette was fully involved, driving a company van herself to get deliveries out.

In 2018, she's still as hands-on with the business - though things look very different.

As well as dominating the market in Ireland, Clonakilty black and white pudding is in demand as far afield as Dubai and Hong Kong.

"Wherever Irish people are, it is," Colette says.

She is the sole holder of the secret family recipe for the black pudding and still mixes the spices herself for the product, no matter where in the world it goes.

"Brexit aside, we still have most potential in the UK so we’re working hard on that," she says of their export business.

"We were supplying via the expat route for years and then Bord Bia helped us out again and... and we started pitching to the supermarkets over there and we have a few of them on board now."

Australia was always a huge potential market but food restrictions meant that importing meat was never going to work.

To get around this, the Clonakilty Food Company recently partnered with a butcher and manufacturer in Melbourne.

They send Colette's mixed spices out there and he follows the old Clonakilty recipe to keep all our siblings, cousins and other emigrants in pudding.

The enduring popularity of the products both here and abroad reflects the high regard in which Irish food is held, Colette continues.

Irish food businesses are finally getting the credit they deserve and "it's about time".

"When we were starting out, agriculture was just farming and food wasn’t recognised.

"Farmers now feel that they’re contributing to the food business. There is a great sense of achievement in farming now because you can see that this is the result.

"Anybody coming to Ireland can see the countryside and the farming practices and how obvious the food chain is."

The company's next move aims to build on that buzz - it will soon open a visitor's centre in Clon, where it all started.

"Clonakilty is a great place, a great food hub with a great sense of community.

"It’s great to be part of it. I always say we didn’t have marketing but the Clonakilty people were our ambassadors forever." 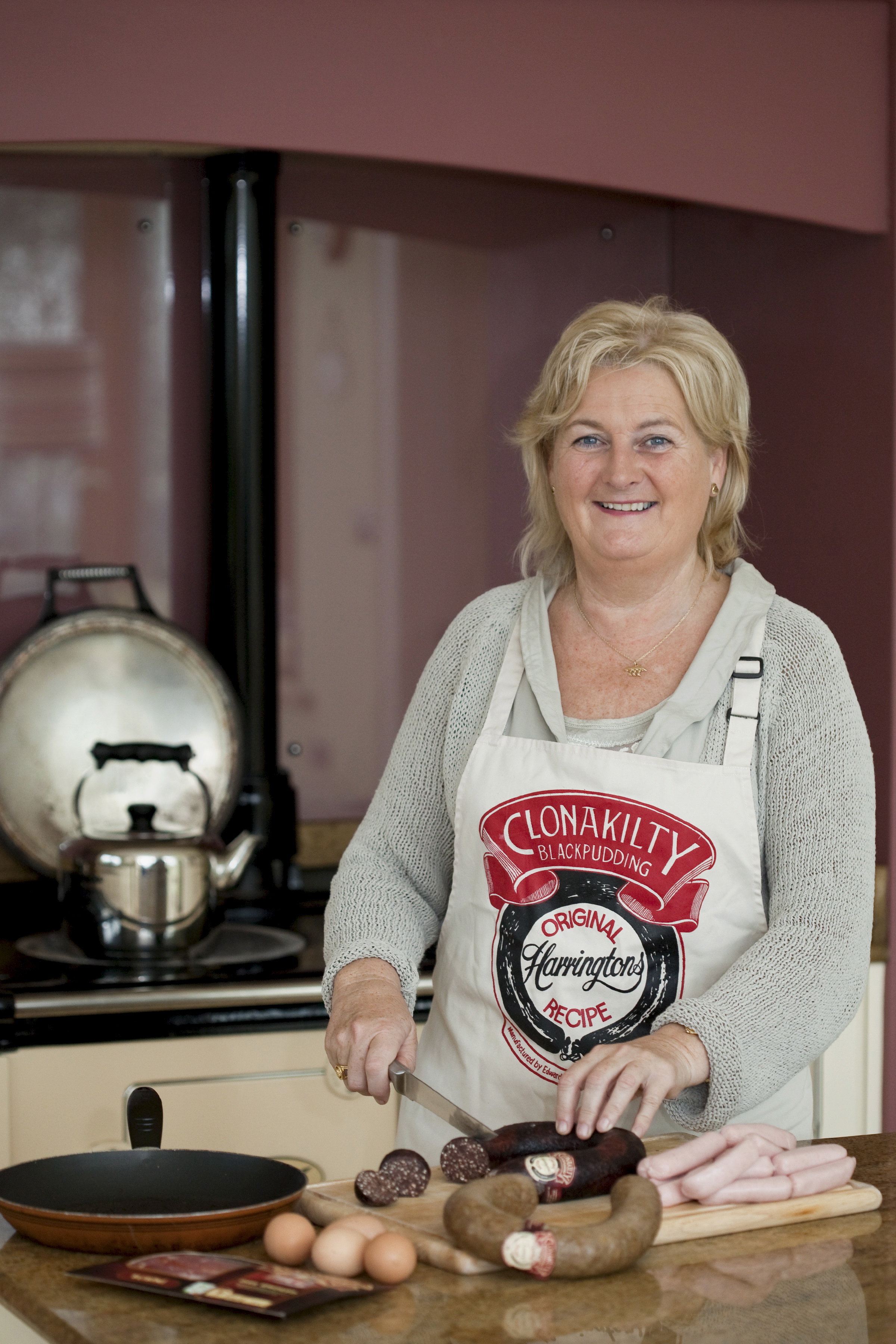 With forty-plus years of experience under her belt, what advice would Colette have for an entrepreneur getting into the Irish food industry?

She's a firm believer in making your own luck.

"Be prepared for a lot of hard work," she says.

"Explore your passion, follow your gut. People talk about being lucky and yes, we’ve been very lucky but you can make your luck.

"You could be very busy doing the wrong things. Follow your instinct and you’ll know when things are right and then you’ll know if an opportunity is right."

Girls With Goals || Her · Ep.161: Feeling Peachy - Sharon Keegan of Peachylean on being an absolute BOSS!
popular
Someone has ranked the penis size of men from all over the world
Naomi Campbell welcomes baby girl
Aldi is selling a 2in1 grill and fire pit just in time for summer
Chris Watts in protective custody in prison over "danger" of other inmates
Meghan Markle posed with a Kate Middleton magazine cover in 2014
Aldi is selling outdoor string rattan chairs for €30
Pink just announced she was pregnant in gorgeous image
You may also like
2 months ago
The Westbury Hotel in Dublin is offering complimentary headshots for women in business
1 year ago
Here are all of the finalists for this year’s Women In Tech Awards
1 year ago
Nominations for this year's Women in Tech Awards are now open
2 years ago
Hear how our Girls With Goals producer Niamh Maher nabbed her current role in media
2 years ago
The one piece of advice that I heard over and over from successful Irish women this year
2 years ago
#MakeAFuss: 'You only get one shot at this' - A career coach on changing your life
Next Page