Break ups are hard, divorces are even harder.

Last week, award-winning singer, Adele shared the news that she has split from her husband of three years in an official statement.

Released by her representatives, the statement reads:

Taking to the social media, Adele posted this meme:

The woman is a QUEEN. 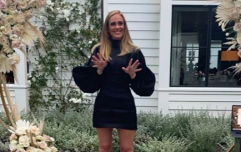 END_OF_DOCUMENT_TOKEN_TO_BE_REPLACED

The couple had always been extremely private about their relationship.

Their marriage was only confirmed during Adele's Grammys acceptance speech in 2017 when she described Simon as her husband.

popular
Police search underway for missing YouTuber Gabby Petito's boyfriend
Derry Girls star speaks out after show called "distinctively British"
The 'secret' Zara label signs that'll apparently help you get the right size every time
TikToker claims to have picked up missing YouTuber Gabby Petito's fiancé hitchhiking
Here's what happens on every day of your menstrual cycle (roughly)
Penneys has launched a major sustainability pledge – and here is what is changing in store
Scandi Christmas magic: IKEA has given us a sneak peek at their Christmas 2021 collection
You may also like
1 month ago
Adele apparently set to get her own residency in Las Vegas
9 months ago
Looks like we might finally be getting another Adele album - and soon
10 months ago
Adele's American accent on SNL is making us feel some kinda way
10 months ago
"I had to travel light": Adele jokes about weight loss in SNL appearance
1 year ago
Adele shares gorgeous Christmas snap but the reaction to it is incredibly frustrating
1 year ago
Adele fans sent into a frenzy after rumours she is going to release new music next week
Next Page