Taylor Swift and Tom Hiddleston have called it quits

Taylor Swift and Tom Hiddleston have reportedly broken up after three months of dating.

If reports are to be believed, it was Taylor who felt things were becoming too serious, too quickly, with Tom wanting to show their relationship off to the world.

A source close to the duo spoke to Us Weekly about the rumoured split:

"She [Taylor] was the one to put the brakes on the relationship.

"Tom wanted the relationship to be more public than she was comfortable with. Taylor knew the backlash that comes with public displays of affection but Tom didn't listen to her concerns when she brought them up."

Cracks were beginning to show in the relationship a couple of weeks back, mainly because the couple couldn't see much of each other. 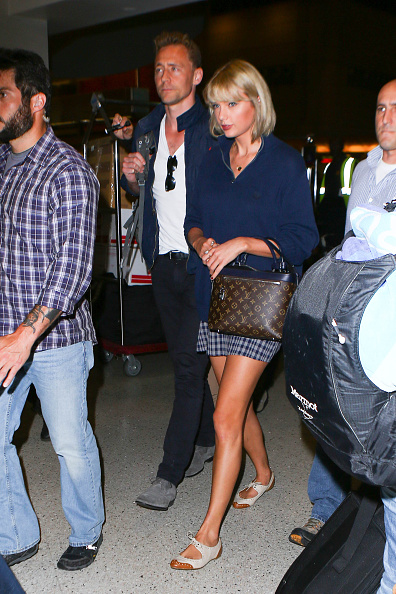 Although they resolved things and Tom made the big romantic gesture of flying halfway around the world to see Taylor, things have gone from bad to worse.

The source also referred back to how quickly the relationship moved at the beginning.

"It was an intense start. No one can keep that kind of momentum going.

"They get along great and will remain friends, but they just don't see it working romantically right now."

The pair set tongues wagging three months ago when they were spotted canoodling on Rhode Island, soon after Taylor split from Calvin Harris.

They were pictured together on holiday in Rome, met each other's parents and Tom even wore a t-shirt dedicating his love to T-Swizzle but there have been rumours that the whole relationship was a publicity stunt.

popular
Smyths issues warning to parents ahead of Christmas
Netflix's true crime series Sins of our Mother is seriously insane
So, William and Harry have a step sister... and who knew?
Why Are Men so Obsessed With Boobs? The Answer is Pretty Surprising...
Post Malone dramatically falls through stage during concert
A Criminal Minds re-boot is happening – and here's everything we know
Everything coming to Netflix this October
You may also like
4 months ago
Taylor Swift praises "phenomenal" Conversations With Friends
7 months ago
Man arrested after crashing into Taylor Swift's apartment building and trying to get inside
8 months ago
Blur's Damon Albarn apologises to Taylor Swift after claiming she doesn't write her songs
9 months ago
The pop culture moments that defined 2021
10 months ago
Three months is plenty of time to fall in love, and to have your heart broken
10 months ago
5 things you may have missed from Taylor Swift's All Too Well short film
Next Page