The 25-year-old said he struggled to find a "balance" with social media.

If you haven't already watched the first instalment of Black Mirror's latest series, go do so. Bandersnatch is not like anything you've seen before. It hands the control of the narrative over to the viewer and as you watch the episode, you must make a series of choices which will dictate the outcome of the plot.

END_OF_DOCUMENT_TOKEN_TO_BE_REPLACED

If you have watched it, or seen a trailer or basically been online since it was released on Friday, you'll know that Will Poulter (We're the Millers, The Revenant) plays one of the lead characters, Colin Ritman, a genius computer programmer, who devises new and exciting video games. 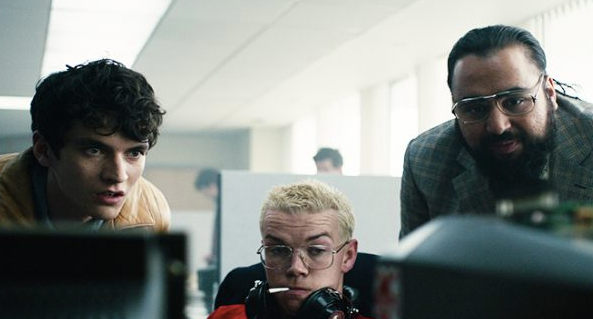 Will Poulter gives a stellar performance and praise for the actor has been pouring in on Twitter. Inevitably, there will always be people who will critique and because of this, the actor has chosen to take a step back from the social media platform.

In a lengthy note, he thanked fans for the "amazing support" but said:

"As we all know there is a balance to be struck in our engagements with social media. There are positives to enjoy and inevitable negatives that are best avoided. It’s a balance I have struggled with for a while now and in the interest of my mental health I feel the time has come to change my relationship with social media."

Will is not very active on Instagram but has not said whether he will continue to post on the platform or not. In a teasing quip, he made reference to Bandersnatch saying,

"This is not the end. Consider it an alternative path."

popular
Deborah James "scared to go to sleep" as she receives hospice care
Wagatha Christie: Rebekah Vardy storms out of court just 30 minutes into final day
Traditional names such as Mary, Maureen, John and Michael may soon be extinct
Tributes paid after Love/Hate actor Stephen Clinch dies aged 52
Wait, is Maura Higgins in a new relationship?
Irish mum shares "harrowing" experience after kids almost abducted in Turkey
This Is Us stars say goodbye to show after emotional final episode
You may also like
2 weeks ago
Gogglebox star Mary criticised over Boris Johnson comments
2 months ago
Facebook and Instagram down amid social media outages
2 months ago
David Beckham hands over his 71 million followers to Ukrainian doctor
4 months ago
Government to consider new bill around issue of harmful online content
4 months ago
Woman tests positive for Covid mid-flight, isolates for 5 hours in bathroom
5 months ago
Everything you need to know about Instagram's new 'take a break' feature
Next Page