These are the charities Joe Lycett donated that £10,000 to

He urged his followers to consider donating.

On Sunday, comedian Joe Lycett lived up to his end of an ultimatum he gave David Beckham for accepting a million pound deal to be an ambassador for Qatar during the World Cup.

Pointing to the country's human rights record and treatment of LGBT+ people, Lycett offered to donate £10,000 to LGBT+ charities  if the football star pulled out of his contract. If he didn't, he would put £10,000 in a shredder. 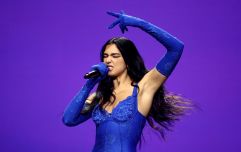 Dua Lipa says she will not perform at Qatar Wolrd Cup

END_OF_DOCUMENT_TOKEN_TO_BE_REPLACED

Sunday came, and with no response from Beckham, Lycett streamed himself putting £10,000 in a shredder. The responses, it was far to say, were mixed.

Some praised Joe for ensuring that the conversation was firmly on Qatar's' human rights issues, and argued that £10,000 donated to an LGBT+ charity would not have resulted in nearly a fraction of the same coverage. Other criticised the act of destroying money in a cost of living crisis.

To those asking the charities were @stonewalluk and their Rainbow Laces campaign and @SportAllies. If you'd like to donate as well they'd love that and you can do so here:https://t.co/HukKFhWw2phttps://t.co/1BMY3vPsgd https://t.co/7cbgK2KgPU 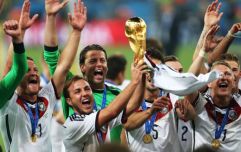 Her Men Of The Day... World Champions Germany

END_OF_DOCUMENT_TOKEN_TO_BE_REPLACED

As it turned out, however, Joe didn't shred any money at all. In a follow-up video, he revealed that he had donated £10,000 to LGBT+ charities before he even issued the call to David, and while his video showed him putting money into a shredder, that money never actually got shredded, and it was just paper that came out the other end.

Now, on Twitter, Joe confirmed the charities he supported.

He wrote: "To those asking the charities were @stonewalluk and their Rainbow Laces campaign and @SportAllies."

He then encouraged those following him to make a donation. 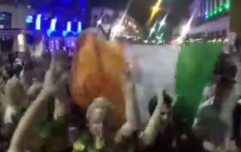 Ireland May Not Be In The World Cup But We Are Still Well Represented!

END_OF_DOCUMENT_TOKEN_TO_BE_REPLACED

Stonewall is a UK based LGBT+ charity, and their Rainbow Laces campaign is currently highlighting the issues faced by LGBT+ people in Qatar. Sport Allies is an organisation that promotes sport as an "inclusive and supportive route to personal growth for everyone".

popular
"You can’t imagine what it feels to have had a baby and yet feel like you didn’t"
The Lion King is returning to Dublin next year
Kate Garraway gives heartbreaking update about Derek's health
Bad Sisters stars snap back at New York Times article that called them British actors
Gwen Stefani reportedly pregnant with baby number four
Mother of missing X Factor star speaks out a month after his disappearance
Oscar winning Green Book actor found dead on New York street
You may also like
4 years ago
Hockey is coming home! Ireland book their place in the World Cup final
4 years ago
Conor McGregor's post with Vladimir Putin at the World Cup has people PISSED
4 years ago
Corrie's Jack P Shepherd explains why he was passed out in a lift the other night
4 years ago
This poor bride is going mad trying to keep the football off at her wedding
4 years ago
The bizarre information the Love Island contestants are not allowed know
4 years ago
The Senegal team have the happiest warm-up routine that you'll ever see
Next Page