Cheryl Fernandez-Versini has reportedly signed a two million pound deal to return for this year’s season of The X Factor.

According to The Sun, the singer has rejoined the ITV judging panel and has received an increase of £500,000 to appear.

However, while Cheryl might have bagged a spot on the much-talked about judges’ bench, it is still unclear who will be joining herself and Simon for the next season of the show. 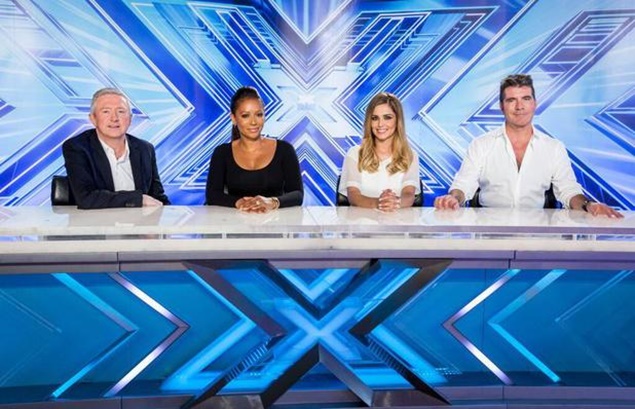 END_OF_DOCUMENT_TOKEN_TO_BE_REPLACED

Rumour has it that Mel B and Louis Walsh are definitely ‘out’ while Kim Kardashian and One Direction’s Louis Tomlinson are just two of many famous names said to be in the mix for a role on the show.

“Mel and Louis almost certainly aren’t re-signing, but Simon knows Cheryl is a huge draw,” a source told The Sun.

However, the bookies still have Louis as a favourite to return to the show, along with Kim and Tulisa.

Meanwhile, Olly Murs and Caroline Flack were confirmed as the new hosts of the show.

popular
Eamon Ryan's mother dies in tragic accident on family holiday
Andrew McGinley says he is seeking a divorce from Deirdre Morley
Love Island's Danica said she felt "disrespected" in the villa
Olivia Wilde accuses ex Jason Sudeikis of 'threatening' her
WATCH: Olivia Newton-John's daughter shares duet with mother
Weather: Parts of the country to hit 30 degrees today in August heatwave
Baby twins die in hot car after dad forgets to drop them to creche
You may also like
2 weeks ago
Love Island producers to launch middle-aged spin-off for Mums and Dads looking for romance
1 month ago
Love Island's Gemma finally tells villa about dad Michael Owen on TV
2 months ago
The six Eurovision countries with "irregular voting patterns" have been revealed
6 months ago
The Late Late Show is looking for couples and singles for its Valentine's Special
7 months ago
WATCH: The trailer for the final season of Peaky Blinders is here
7 months ago
Britain's Got Talent star David Watson reportedly dies aged 62
Next Page