David and Victoria; Will and Jada; Ryan and Blake.

Step forward Conor Murray and Joanna Cooper; the duo have been dating since early this year and have subsequently been sharing delightful snippets of their love-story on social.

This week, for example, Conor and Joanna (Conna? Joannor?) have been seriously cute while attending the Portuguese wedding of rugby star Jack McGrath to radiographer Sinead Corcoran.

Understandably, a load of other rugby stars - including Rory Best, Johnny Sexton, and Rob Kearney - were in attendance too, so yeah it was a pretty starry affair.

On Friday evening, the former Miss Universe Ireland shared a snap of her and her bae smooching at the gorge Mediterranean wedding venue.

The 24-year-old Derry-native - who models for Asos among other big brands - furthermore had earlier put up a photo of her and Conor, 29, on her Insta Stories: 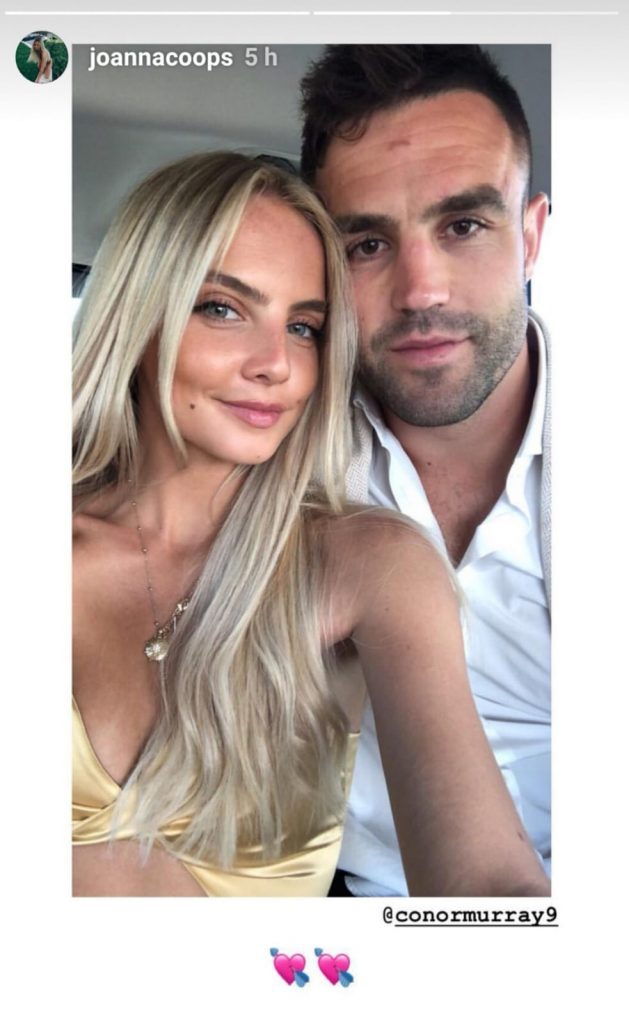 Ms Cooper seemingly opted for a gold midi dress for the happy occasion with Conor keeping it stylish in a white shirt and chinos.

Jack McGrath popped the question to his long-term girlfriend Sinead a year ago. Independent.ie reports that Sinead has a degree in Diagnostic Radiography from St George's, University of London.


They married at the exclusive Tivoli Carvoeiro resort on the Algarve; her bridesmaids wore full-length pink, floaty numbers.

Meanwhile, Joanna is currently based in London where she's represented by Present Model Management; she's also on the books with the Andrea Roche agency in Dublin and Studio Paris MGMT in the French capital.