'Duchess Difficult' Meghan Markle could be losing ANOTHER member of staff

She could lose her third aide in just six months.

Since Meghan Markle officially entered into the royal family, there have been a flurry of reports on how "difficult" she is to work for.

She's supposedly earned herself some less than flattering nicknames such as "Duchess Difficult" and "Hurricane Meghan" as there were claims that the former actress sends her staff members "six or seven texts a day" emails and text messages throughout the day, some as early as 5am.

After just six months of working for Meghan, her personal assistant Melissa Touabti resigned and after 17 years of working with the Royal Family, Prince Harry and the Duchess’ private secretary, Samantha Cohen is also rumoured to be leaving the couple quite imminently.

And now Meghan could potentially be losing her bodyguard. 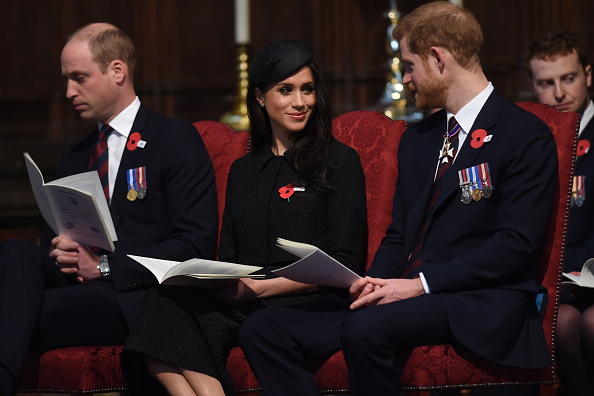 According to The Sunday Times, the Scotland Yard inspector has worked for the Duchess for the last six months and it was a pretty significant role as it was occupied by a woman, which is "pretty much unheard of", a source told the publication.

"Even though she was a famous actress, she could still do what she wanted in the way of getting around freely. But in her current role she can’t go anywhere without her protection team and that’s a massive constraining force on an individual like her."

This alleged resignation comes after reports that apparently Meghan is actually quite reasonable to work for so now we don't know what to think!


popular
Zara's €20 top comes in eleven different colours and it's the cosy comfort we need
These €26 Zara trousers are the next best thing to tracksuit pants (and they come in three colours)
Check out the €20 New Look bargain that's just too good to miss out on
Vogue Williams and Spencer Matthews' reality TV show has reportedly been cancelled
What the hell is going on with Houseparty?
The salted crème egg fudge recipe that is the perfect Easter treat
Season 16 of Grey's Anatomy begins in Ireland tomorrow night and the excitement is real
You may also like
2 days ago
Meghan and Harry issue statement following Donald Trump's Twitter comments
5 days ago
Meghan Markle and Prince Harry have reportedly moved to California
5 days ago
The rumours are true! Meghan Markle IS voicing a Disney film
1 week ago
Meghan Markle could change surname once royal split becomes official at the end of March
1 week ago
Have you tried it? Meghan Markle's favourite foundation is one of the best face bases EVER
2 weeks ago
'These are uncertain times' Prince Harry and Meghan Markle release a statement on Covid-19
Next Page