Ed Sheeran reveals the truth about THOSE wedding rumours

Ed Sheeran has addressed speculation that he had and his fiancée Cherry Seaborn had secretly tied the knot.

The Shape of You singer sparked speculation of wedding bells after he was spotted wearing a band on his wedding finger, one month after confirming his engagement.

Ed played the War Child gig in London earlier this week, where some eagle-eyed fans spotted that he had on a thick gold band on his left hand. 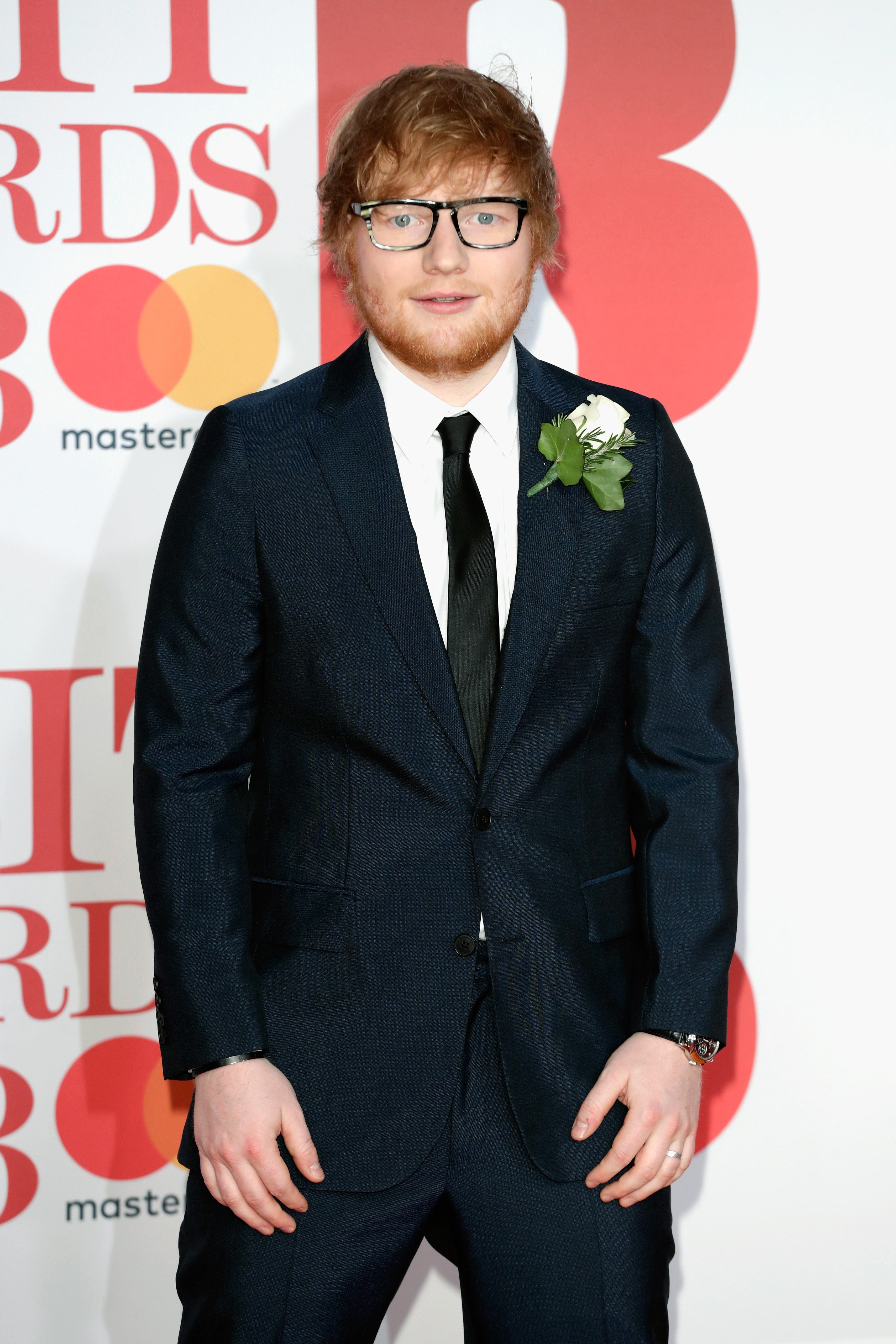 But as he arrived at the BRITs on Wednesday night - sporting the same ring - Ed was quick to clear up the rumours.

When asked if it was a wedding ring he was sporting, he told Sky News:

"It's an engagement ring, I feel it's good to both do things."

Ed Sheeran answers questions from super fan Kay Burley, and says he is wearing an engagement ring not a wedding ring pic.twitter.com/gC8hzazpiA

But the A Team singer was quick to add that while they don't have many plans for their big day just yet, it was likely to be a secret kind of ceremony.

"I don't know [when the big day is] - it will be a situation like this, where nobody knows."

Ed confirmed on Instagram last month that he proposed to his childhood sweetheart, Cherry.

Got myself a fiancé just before new year. We are very happy and in love, and our cats are chuffed as well xx

He posted a sweet polaroid-style photo, showing the pair cuddled up and his arms around her.

"Got myself a fiancé just before new year. We are very happy and in love, and our cats are chuffed as well xx"

The singer was quickly flooded with well wishes from fans, with more than 11,000 people commenting on the post within minutes.

The notoriously private couple were childhood sweethearts, but are believed to have rekindled their relationship in 2015.

The attended Thomas Mills High School in Framlingham, Suffolk together when they were younger.

And while Cherry moved to North Carolina to go to Duke University, she relocated back to the UK in December 2016 to be with the singer.


popular
Brides to be, this Monsoon dress would be perfect for the day after your wedding
Holly Willoughby wore the most divine polka dot mini dress last night, and we need it
Netflix have announced the release date for the new series written by Downton Abbey creator Julian Fellowes
Say hello to the flattering €30 New Look dress that you're definitely going to want in your spring wardrobe
We need these adorable €14 Disney-inspired pyjamas from Penneys in our lives right now
BRB, running to Penneys for the €19 trousers that look like they cost ten times the price
The €25 New look jumper that would be a cosy dream on cold mornings
You may also like
3 days ago
The most Instagrammable honeymoon destinations in the world have been revealed
1 week ago
The most popular wedding dates for 2020 have been revealed
1 week ago
We're obsessed with the €50 Zara dress that's perfect for day two of a summer wedding
1 week ago
Disney is releasing a princess wedding gown collection and it is seriously stunning
1 week ago
Bride baby wears her toddler down the aisle and we can't deal with the cuteness
2 weeks ago
The gorgeous engagement ring trend you're going to see so much of in 2020
Next Page