"I mean if you’ve got a nice bum and you look sexy in a unitard, why not?"

Love Island champion Ekin-Su Cülcüloğlu has responded to complaints about the costume she wore on Dancing On Ice.

Ofcom confirmed this week that they received 112 complaints regarding Ekin-Su's performance and outfit.

END_OF_DOCUMENT_TOKEN_TO_BE_REPLACED

The reality star wore a a full body nude body suit that had diamanté sequins which gave the illusion that she was wearing the same outfit worn by Britney Spears in the original Toxic video. In her performance, she also recreated one of her iconic moments from her time on the reality show, as she crawled across the ice to her professional partner, Brendyn Hatfield.

The performance received a score of 21.5 from the judges, however, the public ranked her lowly which means that she will face another celebrity participant in the skate-off this weekend.

Now that the dust has settled, Ekin-Su has responded to the complaints in the best possible way. 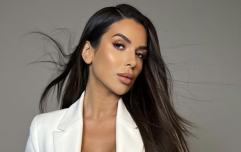 Ekin-Su says she laughs at Dancing On Ice "curse"

END_OF_DOCUMENT_TOKEN_TO_BE_REPLACED

She told The Sun: "You know what? If you have 'em, flaunt them.

"I mean if you’ve got a nice bum and you look sexy in a unitard, why not? Who cares?"

Ekin-Su also seemed to respond to the complainers on Twitter. 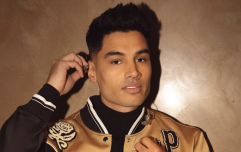 Irish The Wanted singer set to appear on Dancing on Ice

END_OF_DOCUMENT_TOKEN_TO_BE_REPLACED

The magazine Grazia published an article titled: "Dear Dancing on Ice viewers, it's not fair to slut-shame Ekin-Su."

Tasha Ghouri, who appeared in the villa alongside Ekin-Su, replied to Grazia's tweet and wrote: "had to be said! we got you @ekinsuofficial."

Ekin-Su retweeted both the article and Tasha's response.

She also shared a positive message on her Twitter page, writing: "Don't ever compare yourself to others. You are not a copy. You are an original. Craft your own individuality and sense of style! And just be yourself."

popular
Baby dies next to mother who drank 'two or three' bottles of wine then fell asleep
Love Island's Zara's brother reveals the real beef going on between her and Olivia
Funeral of Cork toddler takes place after choking accident
Abigail Breslin marries longtime love Ira Kunyansky
Molly Mae: "Thank you for entering this world safely for us"
Love Island first look: Tom and Ellie's secret kiss is revealed as they head back for round two
Lauren Goodger shares that she's "healthy again" amid her grief
You may also like
3 months ago
Ekin-Su Cülcüloğlu joins the Dancing On Ice line up
3 months ago
Davide Sanclimenti opens up on having kids with Ekin-Su Cülcüloğlu as he turns down Dancing On Ice
1 year ago
Ben Foden explains why he called Rachel Stevens "sexiest woman alive"
1 year ago
Dancing on Ice professional Sean Rice dies at 49
1 year ago
Love Island's Liberty Poole opens up about love life following split from Jake Cornish
1 year ago
Dancing On Ice 2022 star Brendan Cole rushed to hospital after head injury
Next Page