The actor revealed that his procedure allowed him to "recognise" himself in the mirror.

Time Magazine featured Elliot Page on the cover of their latest issue along with the headline "I'm fully who I am".

In his interview with Katy Steinmetz, the Umbrella Academy actor talks about upcoming projects, the battle for transgender rights, as well as his own experience with his gender identity. 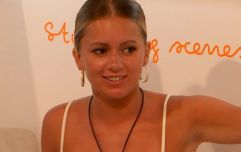 END_OF_DOCUMENT_TOKEN_TO_BE_REPLACED

Page came out as transgender in December 2020. He released a statement on Twitter announcing the news, as well as his name change.

"I am trans, my pronouns are he/they and my name is Elliot," he wrote.

He continued: "I feel overwhelming gratitude for the incredible people who have supported me along this journey. I can't begin to express how remarkable it feels to finally love who I am enough to pursue my authentic self." 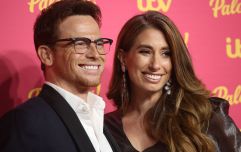 END_OF_DOCUMENT_TOKEN_TO_BE_REPLACED

In his Time interview, Elliot spoke about his gender identity, as well as his decision to undergo top surgery. Elliot noted that being trans isn't all about surgery, given that for some it's "unnecessary", and for others it's "unaffordable".

However, the actor did speak positively of the affirming effects of his top surgery.

Page spoke to Steinmetz about how his procedure was cathartic after puberty, which he described as "total hell". He revealed that his surgery enabled him to "recognise" himself when he looks in the mirror. 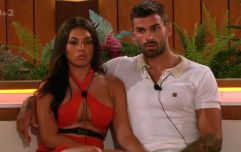 END_OF_DOCUMENT_TOKEN_TO_BE_REPLACED

He added: "It has completely changed my life."

Elliot also described how he spent a lot energy feeling "uncomfortable" in his body. Now however, he has regained that energy.

The actor also mentioned the privilege he experiences as someone who is white, wealthy and famous.

Page told Steinmetz, "My privilege has allowed me to have resources to get through and to be where I am today, and of course I want to use that privilege and platform to help in the ways I can.”

popular
Vogue Williams slams man who refused to swap seats with her on plane
New Zealand family find two bodies in second hand suitcases
Crown Paints advert receives 200 complaints over 'misogyny' and 'everyday sexism'
Are we getting a mini heatwave in September?
Scarlett Moffatt slams 'disgusting' pap for sneaking into hotel to take photos of her
This is why the world is obsessing over Adidas Gazelles
Ryanair, easyJet and BA issue warning to anyone boarding with smart bag
You may also like
1 month ago
Don't believe the transphobic panic – the word woman isn't going anywhere
1 month ago
Trans children benefit from treatment at a younger age, experts confirm
3 months ago
Dublin Small Trans Library: "Trans healthcare is often treated as something other than vital healthcare"
4 months ago
Opinion: No, trans women are not a "major problem" in women's sports
7 months ago
Trans women now able to enter the Rose of Tralee under new rule change
1 year ago
Jamie O'Herlihy: "At the end of the day, we're all just living our lives for us"
Next Page