In one of this year's most surprising collabs, supermodel Emily Ratajkowski is sponsoring a local basketball team in Bantry Co. Cork.

Bantry Basketball Club's coach, Pat Curran, reached out to Emily's father, who is a friend of his, to see if she'd be interested in helping the club out.

END_OF_DOCUMENT_TOKEN_TO_BE_REPLACED

Mr Curran said that over the past year, fundraising for the team had been difficult.

The coach sent a text to Emily's parents - who have a summer home in Cork - and within five minutes Emily agreed to sponsor them.

"Thanks to Emily Ratajkowski @emrata for her new sponsorship of our boys under 15/16 team through her clothing brand @inamoratawoman."

Thanks to Emily Ratajkowski @emrata for her new sponsorship of our boys under 15/16 team through her clothing brand @inamoratawoman pic.twitter.com/k4dMby1wkI 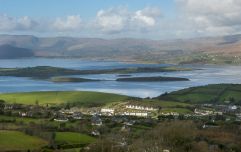 END_OF_DOCUMENT_TOKEN_TO_BE_REPLACED

According to Pat, Emily's dad John used to play for the club in the 1980s.

The supermodel has a close connection with the Cork town, after spending periods of her childhood holidaying there. 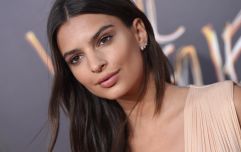 END_OF_DOCUMENT_TOKEN_TO_BE_REPLACED

Four years ago, while visiting Cork, Emily said that Ireland was her "second home".

This isn't the first time the supermodel has signaled her support for local basketball.

In 2018, she tweeted, "Congratulations Colaiste Pobail Bheanntrai - All Ireland champions!"

Emily has also talked about her childhood summers in Cork. During an IG Q&A, a fan asked what her favourite memories of summer in Ireland were, and she said: "I got stuck playing in a bog!" and shared a throwback photo.

The basketball coach told RTE that Emily and her family are "just normal people" when they hang out in the Cork town.

"It's funny to see all the reaction and tweets," he said. "People think it's gas. But they're just normal people when it comes to Bantry. Nobody takes any notice, nobody bothers anyone."

He added: "She has very good friends here and they're all connected to the basketball club."

popular
Eamon Ryan's mother dies in tragic accident on family holiday
Olivia Wilde accuses ex Jason Sudeikis of 'threatening' her
Andrew McGinley says he is seeking a divorce from Deirdre Morley
Love Island's Danica said she felt "disrespected" in the villa
WATCH: Olivia Newton-John's daughter shares duet with mother
Adam Collard hits back at Jacques O'Neill after he slated his relationship with Paige
Irish person dies after drowning in Spanish resort swimming pool
You may also like
1 year ago
Emily Ratajkowski is pregnant with her first baby – but don't expect a gender reveal
3 years ago
FIRST LOOK: The Emily Rata X Nasty Gal Edit is here and it's perfect
3 years ago
What Emily Ratajkowski eats in a day is actually super surprising
4 years ago
Emily Ratajkowski shows off her engagement ring for the first time and just LOOK at it
4 years ago
Emily Ratajkowski on why Chrissy Teigen wasn't invited to her wedding
4 years ago
In honour of Emily Ratajkowski's see-through raincoat pic, here's some macs we're loving
Next Page