Everything you need to know about The Kardashians season 2

Earlier this year the Kardashians returned to our screens with a brand new show all about their lives on Disney+.

Appropriately named The Kardashians, the series is returning for a second season and while we might have some inkling as to what happens, we won't know for sure until it airs. 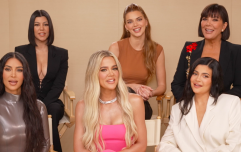 END_OF_DOCUMENT_TOKEN_TO_BE_REPLACED

Season two is heading to our screens on September 22nd, and like season one, we'll see an episode air each week for 10 weeks.

The trailer has already been released to get us hyped, showing Khloe stressed as she chats to Kim about the upcoming $100 million defamation lawsuit against them by Rob's ex Blac Chyna.

Speaking ahead of the trial, Khloe says: "We're leaving our fate in the hands of random people. What if they hate us?"

As fans of the show will probably know by now, Chyna lost the lawsuit against the family earlier this year after a week-long jury trial after she had claimed defamation and illegal interference with her contracts and business dealing by the famous family. 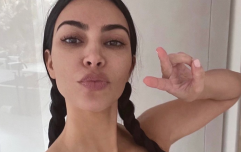 Kim Kardashian attracts backlash for 'advice' to women in business

END_OF_DOCUMENT_TOKEN_TO_BE_REPLACED

Chyna shares a daughter with Rob Kardashian and claimed that Kim, Khloe, Kylie and Kris all "conspired" to have her E! series Rob and Chyna cancelled in 2017, which they denied.

But what else will we get to see? Speaking with Ellen Degeneres, Kris joked that Kourtney and Travis' PDA will take up "98% of the new show", so we'll be seeing a lot more of that.

As well as this, we're set to get some insight into the Kravis wedding. The Kardashians showrunner Danielle King spoke about this with Distractify, confirming that there were cameras at their Vegas wedding.

While one relationship blossomed, another fell apart but despite having broken up recently, Pete Davidson is expected to make an appearance in season two. While he is only set to appear briefly, even before their break up, it's more than we got before. 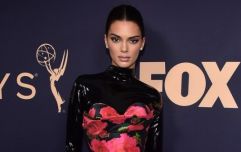 END_OF_DOCUMENT_TOKEN_TO_BE_REPLACED

"He's in the background, but the reality world is not built for people like Pete," a source told Page Six. "He was not on the first season. I don't know how they're doing the second season, but he's not part of that world."

Kylie was heavily pregnant during the first season of the show with her son, formerly and briefly known as Wolf. While it was a major deal in the family's life, Stormi has not been included much in the show, and as secretive as she is with her son, it's unlikely we'll see much about his first few months. We will, however, see some clips from the birth and we could also finally find out his name, but after this, it's anyone's guess.

Another thing we're unlikely to see during this season is the birth of Khloe and Tristan's second child. Khloe kept her surrogate's pregnancy under wraps until a matter of weeks ago when the surrogate was due. Having only been born a month before the show returns, and the breakdown of her relationship with Tristan, it's unlikely it will feature as it won't have happened in time for this season.

When it comes to the drama surrounding Kim's Met Gala dress when she wore the gown Marilyn Monroe wore to sing happy birthday to JFK, we'll get the behind the scenes footage from the lead up to the Gala and surely the backlash that came with it.

popular
Couple decide to live on cruise ship permanently after finding it's cheaper than paying mortgage
Siobhan O'Hagan reveals she's expecting her first child
Police believe they know what happened to missing dog walker Nicola Bulley
Going on solo holidays is good for mothers, science says
Sad news for the royal family as Princess Beatrice's puppy dies from poisoning
Louise Thompson required surgery after haemorrhaging at home
Love Island's Anna-May admits she thinks one of the girls is playing a game
You may also like
10 months ago
WATCH: The full trailer for The Kardashians is here and there is a lot to unpack
10 months ago
Two of the Kardashian clan officially won't be appearing in their new series
11 months ago
The new Kardashians trailer is here and it's all about Kourtney's engagement
1 year ago
Kim Kardashian may have just started filming her new reality show
1 year ago
Kim Kardashian is shutting down KKW Beauty
1 year ago
Kim Kardashian has us very confused by her birthday message to Kanye
Next Page