Cardi B has declared her love for My Chemical Romance and naturally, fans are now demanding a collaboration.

In case you missed it, Cardi blew everyone's minds when she took to Twitter earlier this week to confess she was a diehard fan of the emo band.

Sharing a clip from the band's iconic music video for 'I'm Not Okay (I Promise)', the rapper wrote: "They don’t make music like this anymore."

Shortly after Cardi posted the tweet, fans absolutely lost it, and demanded she either collab with My Chemical Romance or start making emo music immediately.

"My Chemical Romance ft Cardi B," one fan simply stated.

"Woahhhhhh Cardi B with the emo jams?" a third asked.

"OMG? Rockardi B is coming!" a fourth added. 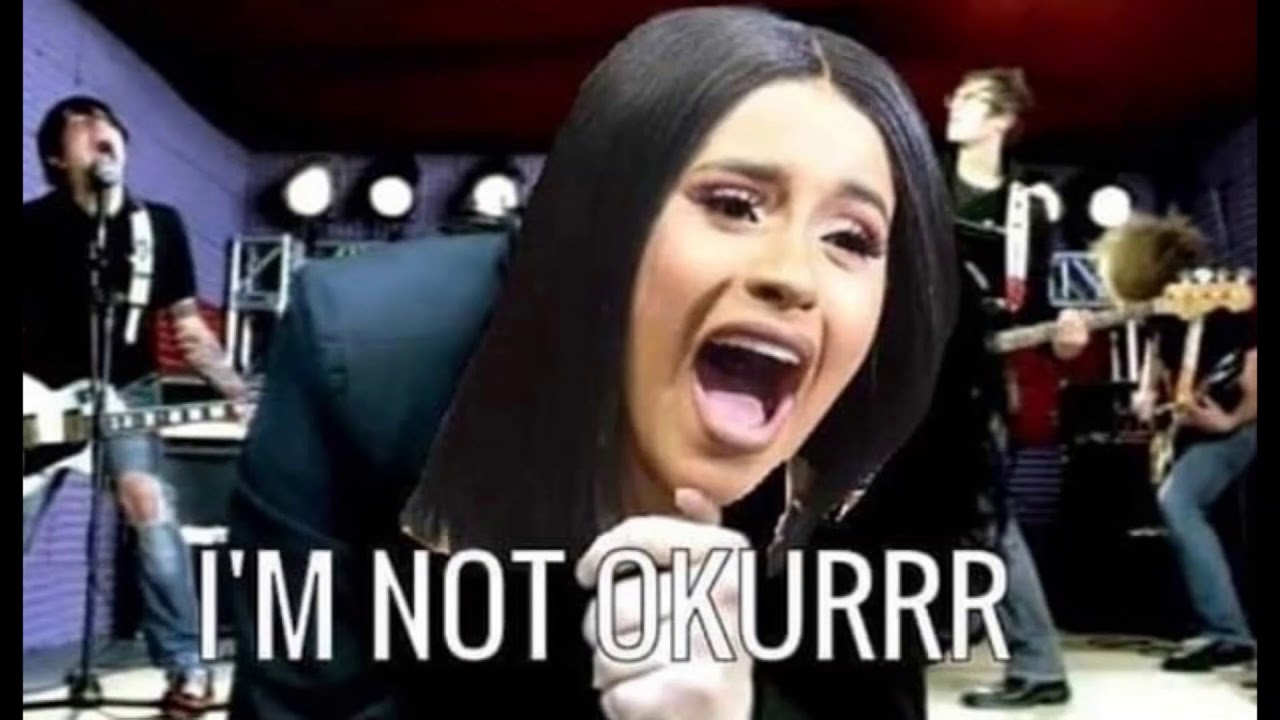 Other fans of the artist were understandably shocked to learn she was a secret emo.

‘Is there a glitch in the matrix? If not @iamcardib has great taste in music," one said.

"I thought that nothing could surprise me anymore but then Cardi b posted about my chemical romance so nvm," another wrote.

One user suggested a mix between WAP and Welcome To The Black Parade, so, of course, somebody came through with a mash-up.

Could a collaboration between the two artists be on the cards? Probably not, but stranger things have happened right? We're secretly hoping anyway.

In the meantime, My Chemical Romance's long-awaited US and European reunion tour hits Dublin's Royal Hospital Kilmainham this June.

The show was pushed back two years thanks to Covid, but sold out in minutes when it was originally announced, thanks to emos all over the country.

popular
Claire Byrne Live viewers in shock as woman shares family DNA secret
Irishwoman killed in Texas after horror car chase crash
Man behind Marilyn Monroe dress says letting Kim Kardashian wear it was a "big mistake"
Sex educator Jenny Keane is back to answer more of your sex and pleasure questions
Gogglebox fans show an outpour of support for star after hospital picture
Christine Quinn confirms if she'll be on the next season of Selling Sunset
Dublin Airport in "shambles" after weekend of chaos
You may also like
9 months ago
A Lizzo and Cardi B collaboration is coming out tomorrow
9 months ago
WATCH: WAP sign language interpreter steals the show at festival
10 months ago
Cardi B expecting second child with Offset
1 year ago
Get WAP on repeat! Research reveals listening to Cardi B will make you rich
2 years ago
Cardi B wore the most BIZARRE floral outfit during Paris Fashion Week yesterday
2 years ago
Hustlers is here! The all-female badass new film starring JLo and Cardi B will blow your mind
Next Page