Your first look at the Wagatha Christie courtroom drama

It airs next month.

It's the case that captivated us when it was splashed across the headlines, and now, it's coming to a screen near you.

I am, of course, talking about the highly anticipated TV adaption of the 'Wagatha Christie' scandal. A Wagatha Christie play will hit the West End next year

END_OF_DOCUMENT_TOKEN_TO_BE_REPLACED

In the series, This is England star Chanel Cresswell plays Coleen Rooney, who famously broke the internet with some serious social media sleuthing.

Convinced that one of her Instagram contacts was leaking her stories to the press, Coleen configured her settings so that only one account could see what she was posting to her story. Then, she planted false stories as bait, and sure enough these appeared in the tabloids. In a now viral statement, she told her fans that the account that was able to still see her content was.... Rebekah Vardy's account.

Harry Potter star Natalia Tena will play Vardy, who subsequently brought a libel case against Rooney, however, Mrs Justice Steyn ruled against her, and said that Rooney's accusation was "substantially true". 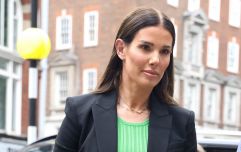 END_OF_DOCUMENT_TOKEN_TO_BE_REPLACED

Vardy v Rooney: A Courtroom Drama will be based on official court transcripts, but it will imagine the "huge impact on the lives of the two women at its heart". 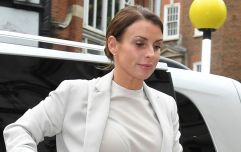 END_OF_DOCUMENT_TOKEN_TO_BE_REPLACED

The Channel 4 series is not the only adaption of the case. This week, a play titled Vardy v Rooney: The Wagatha Christie Trial hit London's West End, while Disney+ are working on a three-part documentary on the case.

Vardy v Rooney: A Courtroom Drama will air in December on Channel 4.