Gemma and Gorka's family is getting bigger.

Huge congratulations are in order for Gemma Atkinson and Gorka Marquez who are expecting another baby.

The couple has announced they're expecting their second child together. 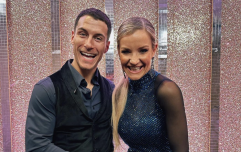 END_OF_DOCUMENT_TOKEN_TO_BE_REPLACED

The Strictly Come Dancing star and former actress confirmed the news on Instagram this morning.

Gemma admitted she can no longer hide her bump so felt it was the right time to reveal their news.

Gemma and Gorka also revealed their baby's gender. The couple will welcome a son in the coming months.

She wrote, "Impossible to hide my belly any longer. I’ve officially “popped.” 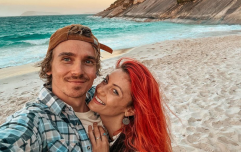 END_OF_DOCUMENT_TOKEN_TO_BE_REPLACED

"Our baby boy will be joining our family later this year," she revealed.

Gemma continued, "We feel so incredibly blessed and Grateful to be on this journey again. 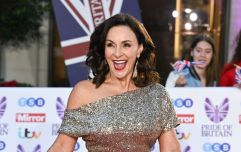 Strictly's Shirley Ballas on a break after facing "immense trolling"

END_OF_DOCUMENT_TOKEN_TO_BE_REPLACED

"Mia is absolutely thrilled! Although we may need to do some negotiating on names, as so far she’s adamant he’s going to be called Barbie."

Gemma and Gorka met during the actress's stint on Strictly Come Dancing in 2017.

They welcomed their first child, a daughter named Mia, in 2019.

Gorka and Gemma announced their engagement in February 2021.

Dani Dyer reveals she is pregnant with twins

Priyanka Chopra responds to those who criticised her use of surrogacy