The dust has settled on April Fools' for another year.

However, along with the hilarious pranks and far-fetched news stories were plenty of April fails.

As usual, some of the jokes were just a little off the mark, like this Google prank, and this bizarre Kildare Now "hack".

END_OF_DOCUMENT_TOKEN_TO_BE_REPLACED

It turns out celebs enjoy a good April Fools' prank as much as the rest of us, but Gwen Stefani's joke did NOT go down well with fans.

Poking fun at the many pregnancy rumours surrounding her and her boyfriend Blake Shelton, the 46-year-old shared a picture of an ultrasound along with the caption "it's a girl" and loveheart emojis.

END_OF_DOCUMENT_TOKEN_TO_BE_REPLACED

Followers of The Voice judge were not impressed, and found the joke insensitive and "not funny".

“This is not funny. For people who cannot conceive or have trouble conceiving or who have miscarried you should never joke about pretending to be pregnant and blasting it all over the world. I figured you would have more respect seeing you are a mother." 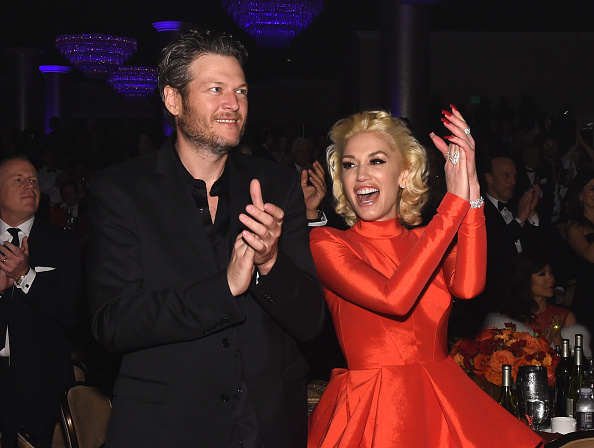 END_OF_DOCUMENT_TOKEN_TO_BE_REPLACED

“You think this is so funny. Have a care to women out there that are struggling with infertility. This is NOT an April Fool’s joke. This is some woman’s dream. I expected better from you.”

Another pointed out: "This sort of childish prank on April fool's day is so beneath you. This is the sort of stunt an 18 year old pulls for attention, not a beautiful woman. You are more clever, creative, and wittier than this. "

"So many women struggle with infertility, including myself. It is not funny. I haven't been able to conceive for 7 years. I've been told by 4 different specialists, it will never happen. No IVF, No IUI, no injection works.

"You are the mother of gorgeous beautiful boys. You know how precious being a mother is. Please consider deleting this post. It's not funny. It's just insulting to your adult female fans.”

What do you think? Was this prank offensive? Or all in the name of fun?

popular
Parent's Benefit Leave in Ireland is being extended from today - here's what you need to know
Drama series about Maxine Carr and Ian Huntley is filming in Dublin
Love Island's Gemma finally tells villa about dad Michael Owen on TV
Love Island: Danica sets her sights on Andrew as Luca asks Jacques about his relationship with Gemma
10 stunning and affordable outfits that are perfect for a summer wedding
Irish girls name was the most used Irish name in the United States last year
Love Island fans lose it over Indiyah's question about Ireland
You may also like
3 years ago
Turns out, this colour of wine gives you the WORST hangover
6 years ago
Katie Price Names And Shames The Twitter Trolls Bullying Her Son Harvey
6 years ago
Kim Kardashian Blasts "Body-Shaming and Slut-Shaming" In Brilliantly Honest Post
6 years ago
WATCH: Emma Watson Launched HeForShe Arts Week On International Women’s Day
6 years ago
Kylie Minogue Just Served Kylie Jenner With Some Scathing Home Truths
1 week ago
Harry Styles stops Dublin gig twice after safety concerns
Next Page