A representative for the Sussexes has revealed what actually happened three days before the wedding.

Harry and Meghan have addressed the speculation surrounding their alleged "secret wedding", three days before the televised ceremony.

Earlier this month, the couple told Oprah that they got married in private on 16 May 2018. 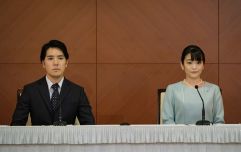 END_OF_DOCUMENT_TOKEN_TO_BE_REPLACED

During their tell-all interview with the American chat show host, Meghan explained how she wanted a private ceremony before the media frenzy.

"Three days before our wedding, we got married," she said. "No one knows that. We called the Archbishop and we just said, look, this thing, this spectacle is for the world.

She continued: "But we want our union between us, so the vows that we have framed in our room are just the two of us in our backyard with the Archbishop of Canterbury."

While the revelation caused a stir in the press, many royal fans questioned the validity of the claims.

In fact, an ex-official for the royal family has disputed the "secret wedding" rumour. 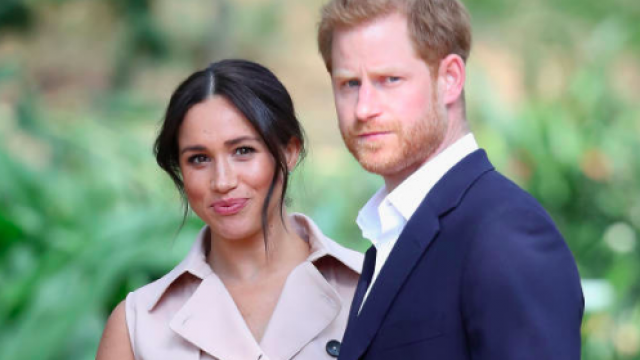 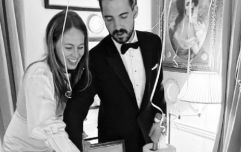 END_OF_DOCUMENT_TOKEN_TO_BE_REPLACED

He said: "They did not marry three days earlier in front of the Archbishop of Canterbury. The Special Licence I helped draw up enabled them to marry at St George’s Chapel in Windsor and what happened there on 19 May 2018 and was seen by millions around the world was the official wedding as recognised by the Church of England and the law." 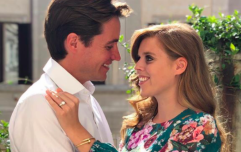 END_OF_DOCUMENT_TOKEN_TO_BE_REPLACED

He continued: "What I suspect they did was exchange some simple vows they had perhaps written themselves, and which is fashionable, and said that in front of the Archbishop or, and more likely, it was a simple rehearsal."

Since then, however, representatives from Harry and Meghan have clarified what happened.

The couple's representative said: "The couple exchanged personal vows a few days before their official/legal wedding on May 19."

popular
Actor and Wife To Divorce After 23 Years of Marriage
People are being warned not to dress as Jeffrey Dahmer for Halloween
Davide Sanclimenti opens up on having kids with Ekin-Su Cülcüloğlu as he turns down Dancing On Ice
Anna Delvey is set to be released from prison
Why Are Men so Obsessed With Boobs? The Answer is Pretty Surprising...
Primark reintroduces female-only fitting rooms after two men walk in on woman
So apparently George and Mollie from Love Island aren't actually step siblings
You may also like
2 years ago
Princess Beatrice cancels her wedding reception, due to take place in May
3 years ago
Meghan Markle fans are pretty pissed off about Princess Beatrice's engagement
3 years ago
Everything we know about Edoardo Mapelli Mozzi, Princess Beatrice’s future husband
3 years ago
Princess Grace's granddaughter got married yesterday, and the dress was just breathtaking
3 years ago
Aw! Meghan and Harry just shared never-before-seen photos from their wedding
3 years ago
The first look at Lady Gabriella Windsor's wedding dress is here (and it is absolutely stunning)
Next Page