Baffling, to say the least.

The BRIT awards took place last night in London's O2, and it was a night of music, glamour and celebration.

Naturally, social media was ablaze with commentary and discussion, and one particular moment stood out from the rest. 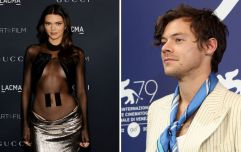 END_OF_DOCUMENT_TOKEN_TO_BE_REPLACED

Singer-songwriter Harry Styles took the stage to accept his award for Best British Single for Watermelon Sugar and baffled fans by speaking in an American accent.

Styles, who is very much from Redditch in England, sent fans into a tizzy when he made his speech in a Southern drawl that would rival Matthew McConaughey.

On stage, he said: "I continue to be baffled by moments like this."

Yeah, us too, Harry. 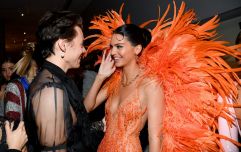 END_OF_DOCUMENT_TOKEN_TO_BE_REPLACED

He continued: "They make me more and more incredibly grateful to get to do this every day.

"I’m really happy to be here and proud to be celebrating British music tonight. 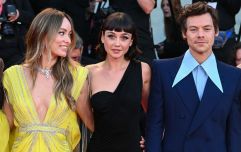 END_OF_DOCUMENT_TOKEN_TO_BE_REPLACED

"I want to thank my friends for being so generous to me, always. And everyone who always has my back.

"Thank you so much to everything you did for our country, this one is for you."

Just so we're clear Harry, that country is the UK, right?

Naturally, many fans took to Twitter to express their bewilderment.

"Has Harry Styles set his accent to 'shuffle'?" one person asked.

Has Harry Styles set his accent to ‘shuffle’?

Another said, "Harry Styles giving it the full Ringo with that accent, my word."

Harry Styles giving it the full Ringo with that accent, my word.

"WHY has northern king Harry Styles just accepted his award in an American accent" one person wrote.

WHY has northern king Harry Styles just accepted his award in an American accent #TheBritAwards pic.twitter.com/Px0sDvdNMB

Harry's loyal fans, however, didn't seem to mind, and celebrated the Watermelon Sugar singer on social media, new accent and all.

"Reminder that this is Harry Styles' world and we are just living in it," one fan tweeted.

popular
Gwen Stefani reportedly pregnant with baby number four
Anne Hathaway shares disappointing news about The Princess Diaries 3
Molly-Mae Hague fans think they officially know her baby's name – and it means cloud
Joanna Cooper heartbroken after her mum is diagnosed with dementia
Tasha Ghouri hits back at another islander who called her relationship fake
"I feel like I lost myself": Nathalie Lennon on her mental health struggles and her latest project with Pieta
Baby found unattended in pram in Dublin, Gardaí reveal
You may also like
2 months ago
Are Harry Styles and Kendall Jenner back together?
3 months ago
Olivia Wilde and Jason Sudeikis respond to "false" comments made by former nanny
3 months ago
Olivia Wilde hits back at claims she "abandoned" her children
3 months ago
Olivia Wilde moving to London to be closer to Harry Styles
4 months ago
Don't Worry Darling crew members deny "screaming match" between Pugh and Wilde
4 months ago
Harry Styles jokes he only went to Venice to spit on Chris Pine as he returns to tour
Next Page