On Friday, Cabello took to Instagram to share a birthday message for the In My Blood singer's milestone birthday - where she also dropped the L-word.

“Happy birthday to this magic human, I love you," she wrote, alongside a series of heart emojis. The post shows a polaroid photo of the two of them, with Mendes fixing her hair. 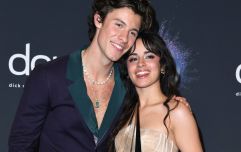 END_OF_DOCUMENT_TOKEN_TO_BE_REPLACED

Fans took Cabello's use of 'love' to be all-but-official confirmation that she and Mendes are together.

"Shawmila would make a cute couple," someone else added.

"SHE SAID I LOVE YOU. I AM NOT OKAY," another said. 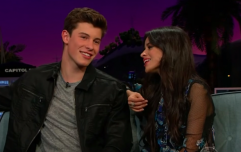 The pair, who recently collaborated on the song Señorita, have sparked romance rumours over the last few weeks. 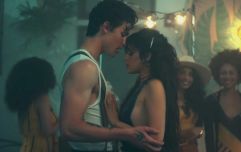 END_OF_DOCUMENT_TOKEN_TO_BE_REPLACED

And while they haven't confirmed or denied their relationship status, they have been spotted packing on the PDA on a number of occasions - including over the Fourth of July weekend.

The musicians have been friends for years, after they collaborated on the song I Know What You Did Last Summer in 2015.

She previously told Variety how their song, Señorita, took eight months to create - which she says created a degree of comfort around the process.

“I’ve known Shawn for such a long time, and it’s so much fun getting to work and do things with somebody who means a lot to you.”

popular
Vogue Williams slams man who refused to swap seats with her on plane
Adam Collard allegedly attacked on night out with Paige Thorne
Are we getting a mini heatwave in September?
Christine Quinn won't be returning to Selling Sunset
This is why the world is obsessing over Adidas Gazelles
Phoebe Bridgers and Paul Mescal go sale agreed on West Cork home
Ryanair, easyJet and BA issue warning to anyone boarding with smart bag
You may also like
1 year ago
Shawn Mendes calls speculation around his sexuality "frustrating"
3 years ago
'Huge achievement' Irish brand praises Shawn Mendes for his choice of sunglasses
3 years ago
Shawn Mendes was refused from this popular Dublin pub over the weekend
3 years ago
Shawn Mendes has been called the 'Prince of Pop' - and Justin Bieber is NOT happy
3 years ago
Shawn Mendes is the new face of Calvin Klein, and the THIRST is so real
4 years ago
Shawn Mendes and Hailey Baldwin kept their distance on the red carpet last night
Next Page