The politics of a break-up are fraught when it comes to social media.

You want to be respectful but also come back looking fire as hell - and that's just what Irina Shayk has done.

She and Bradley Cooper announced their split last week after four years.

Irina has made a triumphant return to the platform, sharing a photo of herself looking incredible as she casually perches on a rock near a lake.

Wearing a grey knit jumper and matching socks, Irina peers back at the camera from over her shoulder in the image.

END_OF_DOCUMENT_TOKEN_TO_BE_REPLACED

She simply captioned the pic "falconeriofficial"; the name of the Italian fashion brand she's modelling.

She also shared behind-the-scenes clips from the shoot on her stories, showing off Iceland's stunning scenery. 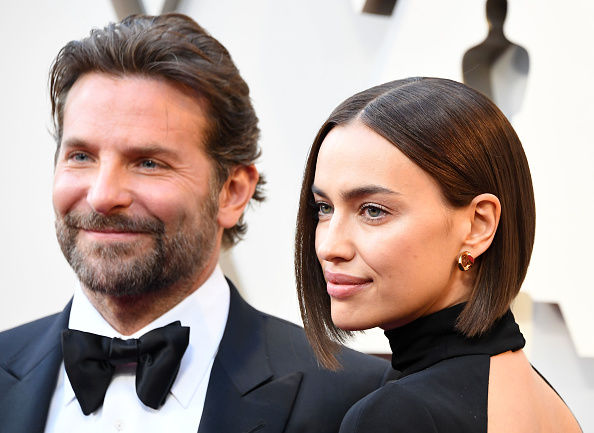 It was reported that she moved out of their LA home with their two-year-old daughter Lea De Seine after they had been "hanging by a thread" for months.

"Things are cooling off between Bradley and Irina in a big way," a source said.

“They haven’t been good for a few months and Irina decided it would be best if she moved into her own place.

“It’s not looking like there’s much long left for the two of them together."

popular
Irish girls name was the most used Irish name in the United States last year
Love Island: Danica sets her sights on Andrew as Luca asks Jacques about his relationship with Gemma
Cancer campaigner Deborah James passes away aged 40
Dublin Airport not ruling out a "flight cap" amid chaos
ER and Ray Donovan actress Mary Mara dies after drowning incident
"It is no small thing:" Sharon Stone shares she experienced pregnancy loss nine times
Love Island fans think Luca is after Gemma because of her dad
You may also like
2 months ago
Liam Payne finally explains weird accent during hilarious Oscars interview
3 months ago
Facebook and Instagram down amid social media outages
3 months ago
David Beckham hands over his 71 million followers to Ukrainian doctor
3 months ago
Love Island's Millie describes pressure to lose weight before show
3 months ago
Tinder Swindler conned out of $7,000 after falling for online scam
4 months ago
Molly Mae Hague describes finding lump "the size of a golf ball" on her breast
Next Page