Love Island's Maura Higgins has been tipped to get married in six months after a meeting with one of Ireland's most well-known matchmakers.

The 28-year-old met with Willie Daly for a segment on This Morning, where she asked him about what kind of guy she would end up with.

“In your case, tall, blonde hair and blue eyes and strong build," he told her, to which Maura replied, "Sounds like my man already!"

The matchmaker went on to talk about his famous book, which he says "has brought a lot of happiness to a lot of people." 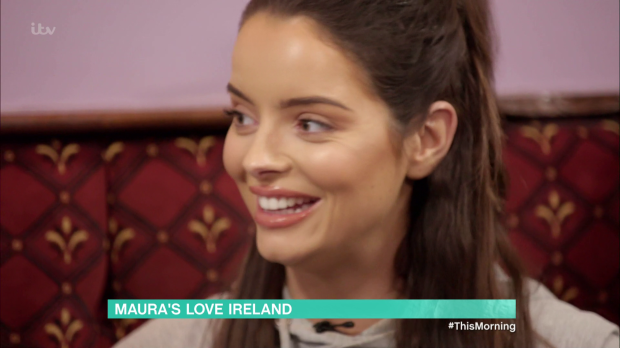 END_OF_DOCUMENT_TOKEN_TO_BE_REPLACED

"The amount of people who get back to me and say ‘we touched your book and are now getting married’," he continued.

And it seemed like Maura was willing to give the love book a shot.

"My boyfriend hasn’t actually told me he loves me yet," She told Willie. "[But] maybe if I place my hands on that lucky book." 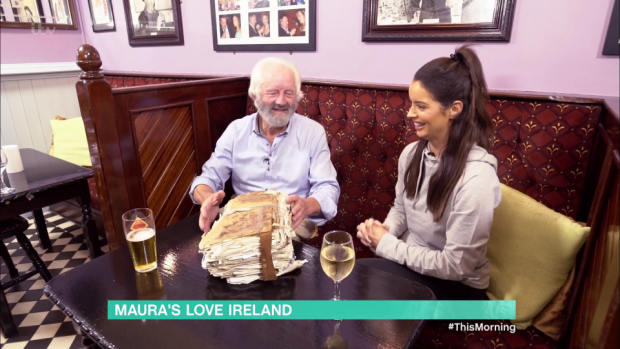 He told her that if she put both not her hands on the book and closed her eyes for "approximately eight seconds," then she would be married within six months.

"I'm getting married," she exclaimed, before jokingly adding, "The book has spoken - no pressure Curtis!”

You can watch the segment from This Morning below.

Grab a pen and paper people! @MauraHiggins meets Ireland's oldest matchmaker who tells her the secret for finding ‘the one’. pic.twitter.com/3CfZtUBn2k

Girls With Goals || Her · Ep.151: 'A Story Shared' - Aoife P. Rafter on blogging during a pandemic and living with CF
popular
Matthew Perry's dad was a character on Friends and how did we not notice?
New weather warning issued as Storm Christophe passes over Ireland
Joe Exotic has limo waiting as he expects presidential pardon from Donald Trump
INTO asks government to reconsider limited reopening of schools due to "grave safety concerns"
Here's what will happen in Bridgerton season 2 - if Netfix goes by the books
Here's what happens on every day of your menstrual cycle (roughly)
Someone has ranked the penis size of men from all over the world
You may also like
2 weeks ago
Love Island's Zara Holland charged in Barbados for breaching Covid-19 rules
2 weeks ago
"Calling new islanders": Love Island is now casting for next season
2 months ago
Love Island is already looking for contestants for the 2021 series
2 months ago
Love Island's Camilla and Jamie welcome first child together
3 months ago
What is the difference between harmless joking and online abuse?
4 months ago
ITV announce new dating show, The Cabins, to fill the Love Island hole in your heart
Next Page