It's All Off! Soap Star Kym Marsh Has Reportedly Called Off Her Engagement

Kym Marsh has reportedly called off her wedding to personal trainer Dan Hooper.

The Coronation Street star announced her engagement in December after dating for ten months, with Marsh saying that she was planning to have ten bridesmaids at the nuptials.

However, Mirror Online is now reporting that the actress has broken off her engagement and the secret heartbreak was behind her no-show at the BAFTA ceremony last night. 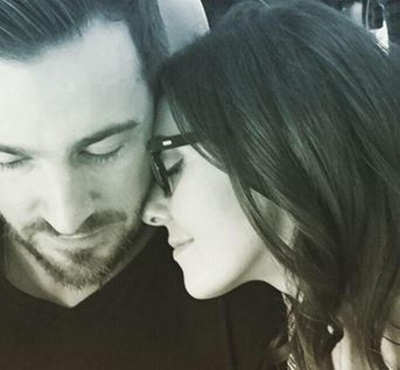 It's believed that Hooper has now moved out of the family home, with a source telling the site that they have "mutually decided to have a break".

“Their relationship has moved very quickly and both of them have very busy work lives which has unfortunately put pressure on them both.

"They are both very much hoping to work through what is a very difficult time for them and get their relationship back on track as soon as possible."


popular
XOXO: Here's everything we know about the Gossip Girl reboot cast
Paul Mescal is raffling off one of his iconic chains in support of Pieta House
'That’s the most honest answer': Skeet Ulrich reveals why he is leaving Riverdale
QUIZ: How well do you remember Angus, Thongs and Perfect Snogging (the movie)
Recipe: 3 ingredient zesty body scrub to give you a stunning spa experience from home
Leaving Cert 2020: Calculated grade student portal to open tomorrow
Kirby Jenner, Kendall's 'fraternal twin brother', has gotten himself a reality TV show
You may also like
1 month ago
Corrie's Jack P. Shepherd shares throwback photos to celebrate 20 years on the soap
2 months ago
Corrie's James Burrows has landed his first role after leaving the soap
2 months ago
Coronation Street star 'in self-isolation' over coronavirus worries
2 months ago
'The hardest goodbye': Corrie's Lucy Fallon pays tribute to Bethany Platt as her final scenes air
2 months ago
Coronation Street's James Burrows shares details about Ali Neeson's exit storyline
2 months ago
Corrie's Ian Bartholomew says it is 'uncomfortable' playing Geoff Metcalfe
Next Page