The Only Way Is Essex star James Lock has confirmed that he is in a relationship with former Love Island contestant Megan Barton Hanson.

The confirmation comes amid speculation that the pair were an item after they were snapped together in Essex. 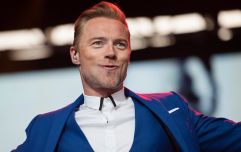 END_OF_DOCUMENT_TOKEN_TO_BE_REPLACED

Now, it seems the two are official after James said things are going "really well".

On TOWIE: The Official After Party, Lock told the show's host Bobby Norris: "At the minute I'm seeing someone who I really like.

He continued: "With the industry we're in you have to take it slow, there's so many pressures. 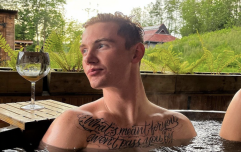 END_OF_DOCUMENT_TOKEN_TO_BE_REPLACED

"There's pressures in any relationship, but with what we're doing it's like a catalyst"

He added that dating in the public eye can feel like you're "under a magnifying glass", which makes things more complicated, but he went on to say: "We're enjoying each other's company."

Megan Barton Hanson, who was on the 2018 edition of the reality dating show Love Island, confirmed the relationship further on Instagram.

The podcast host posted a short video of the two of them kissing on on her Instagram story.

On the show, Megan coupled up with Wes Nelson and the pair finished in fourth place, while Dani Dyer and Jack Fincham took the top prize.