Their baby boy was born earlier this month.

Singer Jason Derulo has become a father, as he welcomes his first child with girlfriend Jena Frumes.

Their son, Jason King Derulo, was born earlier this month.

"Life now has so much more meaning & I'm so grateful," she wrote. "I'm so so so in love with this little boy he's everything I never knew I needed." 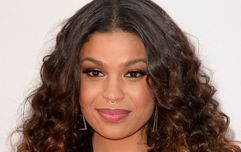 END_OF_DOCUMENT_TOKEN_TO_BE_REPLACED

She then tagged her partner, dad Jason, and wrote: "I love you forever."

Jason, in turn, shared some video footage of Jena attending appointments, as well as the moment he met his son in hospital.

In the caption he wrote, "The happiest day of my life bringing our baby boy (Jason King Derulo) home. He's so lucky to have such a strong, caring hero of a mother."

END_OF_DOCUMENT_TOKEN_TO_BE_REPLACED

The couple were met with well-wishes and congratulations in their comments section, although one fan wrote, "Ofc u would name him Jason lol".

Another wrote, "BABYY DERULO", presumably to be sung in the singer's trademark Jason Derulo style.

Jason and Jena have been together for over a year, and they announced the pregnancy in March.

During an appearance on The Drew Barrymore Show earlier this year, the Talk Dirty singer said he "could not be more excited" to have a boy.

He continued: "I think everything happens in the right time. I was just starting to like really get baby fever. I guess with age and you meet someone you really connect with and it happened at just the right time."

He added that for Jena, it hasn't been a "tough" pregnancy: "She's been really, really good. The worst thing that happens is he just kicks a lot. Whenever he hears music he just starts dancing."

popular
Wagatha Christie: Rebekah Vardy storms out of court just 30 minutes into final day
Claire Byrne Live viewers in shock as woman shares family DNA secret
Only a matter of time before monkeypox spreads to Ireland, says expert
Here's the top 10 Louis Theroux docs streaming on Netflix right now
Why Are Men so Obsessed With Boobs? The Answer is Pretty Surprising...
Denis Sulta had a cameo in Derry Girls alongside his girlfriend Saoirse-Monica Jackson
Idris Elba and Sabrina Dhowre confirm they have welcomed a baby boy
You may also like
2 years ago
WATCH: Cats star Jason Derulo reveals that he's still a dog person
4 years ago
Jason Derulo has postponed his Irish tour dates until September 2018
7 years ago
WATCH: Move Over Miley – This Turtle Can Twerk… And He’s Spectacular
7 years ago
Jason Derulo Reveals Reason Behind Split With Jordin Sparks
7 years ago
Ridin’ Solo: Jason Derulo And Jordin Sparks Split
7 years ago
VIDEO: The Awkward Moment When Cats Dance Better Than You
Next Page