Channel 4 and Freeform have stated that his contract was not renewed due to insurance issues.

Jonnie Irwin, who recently shared that he has cancer, has said that he was "pushed aside" from his job on A Place in the Sun.

In an interview with The Sun, Irwin alleged that he received support from Escape to the Country and A Place in the Sun Ltd., (the company that runs the show's exhibitions, as Metro reports) but not from A Place in the Sun itself.

END_OF_DOCUMENT_TOKEN_TO_BE_REPLACED

He told the paper: "I told [A Place in the Sun] that I wanted to work. When I said I can get you doctor notes and assurances from my oncologist that I am fit to work, I was told, verbatim, 'Oh, you really don’t want to go down that route, do you?'"

He went on to say that the way he was dealt with by the show impacted his mental health.

He explained that he was paid for the remainder of the season, but his contract was not renewed, and he was replaced.

"I just feel I earned a bit more from them after 18 years," he said.

In a statement, Channel 4 and Freeform pointed to insurance being the reason for Jonnie's contract not being renewed. 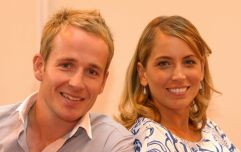 END_OF_DOCUMENT_TOKEN_TO_BE_REPLACED

They said: "No stone was left unturned in trying to enable Jonnie to continue his international filming with us during Covid but the production company were unable to secure adequate insurance cover for him.

"We, of course, understand how frustrating this must be for him at this incredibly difficult time."

Jonnie shared his diagnosis with fans earlier this month.

In an interview with Hello Magazine, he said that he may only have a few months left to live.

He said: "I don’t know how long I have left, but I try to stay positive and my attitude is that I’m living with cancer, not dying from it."

He explained that he is conscious about maximising his time with his wife, Jessica Holmes, and their sons, three-year-old Rex and two-year-old twins Cormac and Rafa.

Jonnie said: "I set little markers – things I want to be around for. I got into the habit of saying, 'Don’t plan ahead because I might not be well enough.' But now I want to make plans. I want to make memories and capture these moments with my family because the reality is, my boys are going to grow up not knowing their dad and that breaks my heart."

popular
"You can’t imagine what it feels to have had a baby and yet feel like you didn’t"
Gwen Stefani reportedly pregnant with baby number four
The Lion King is returning to Dublin next year
Kate Garraway gives heartbreaking update about Derek's health
This is what's coming to Disney+ in December
Why Are Men so Obsessed With Boobs? The Answer is Pretty Surprising...
Mother of missing X Factor star speaks out a month after his disappearance
You may also like
5 hours ago
Expecting a baby in December? These are the top Christmas-inspired baby names
6 hours ago
Kendall Jenner and Harry Styles are 'just friends', insider claims
6 hours ago
Opinion: Don't point out your friends' eating and drinking habits this Christmas
6 hours ago
Revealed: The correct date you should be putting up the Christmas tree
23 hours ago
Woman left confused after DNA test shows child isn't husband's despite her claims that she never cheated
1 day ago
Gift Guide: 15 unique Irish presents for Him, Her and Kids this Christmas
Next Page