Jennifer Lawrence has spoken out today about the naked pictures of her which were leaked in a massive hacking scandal earlier this year.

The actress became the focus of worldwide attention when she was one of 100 celebrities whose pictures were leaked online.

Now, the actress has spoken out about the horror and disgust that she felt at the time.

END_OF_DOCUMENT_TOKEN_TO_BE_REPLACED

“I was just so afraid. I didn’t know how this would affect my career. Just because I’m a public figure, just because I’m an actress, does not mean that I asked for this,” she told Vanity Fair.

“It does not mean that it comes with the territory. It’s my body, and it should be my choice, and the fact that it is not my choice is absolutely disgusting. I can’t believe that we even live in that kind of world.”

The actress also revealed that she could not release a statement at the time because “every single thing that I tried to write made me cry or get angry.

“It is not a scandal. It is a sex crime. It is a sexual violation. It’s disgusting. The law needs to be changed, and we need to change. That’s why these websites are responsible,” she said. 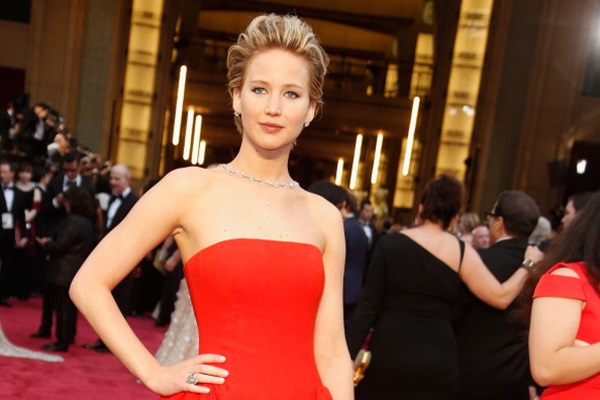 END_OF_DOCUMENT_TOKEN_TO_BE_REPLACED

The Hunger Games star added that the onus also lay with anyone who looked at the pictures who “perpetuated a sexual offense.”

“You should cower with shame,” she stated. “Even people who I know and love say, ‘Oh yeah, I looked at the pictures’. I don’t want to get mad, but at the same time I’m thinking, I didn’t tell you that you could look at my naked body.”

Perhaps worst of all for the actress, is that she had to phone her dad to warn him.

“I don’t care how much money I get for The Hunger Games. I promise you, anybody given the choice of that kind of money or having to make a phone call to tell your dad that something like that has happened, it’s not worth it.

“Fortunately he was playing golf so he was in a good mood,” she added.

“Time does heal, you know. I’m not crying about it anymore. I can’t be angry anymore. I can’t have my happiness rest on these people being caught, because they might not be. I need to just find my own peace.”

Girls With Goals || Her · Ep.153: Scholarship Squad - We chat to Facebook's Claire O'Hara about our Smurfit Scholarship fund.
popular
Matthew Perry's dad was a character on Friends and how did we not notice?
Irish people urged to send a hug to loved ones on National Hugging Day in aid of Ronald McDonald House
Robbie Williams "fairly sick" with Covid while holidaying in Caribbean
Gwyneth Paltrow's vagina candle "explodes" in woman’s living room causing fire
Gilmore Girls star says he didn't storm the Capitol, praises those who did
Seven Things You May Not Have Known About... Garth Brooks
Josepha Madigan compares issues around schools reopening to Mother and Baby Homes
You may also like
1 year ago
Turns out, this colour of wine gives you the WORST hangover
4 years ago
Gwen Stefani Receives Massive Backlash After "Insulting" April Fools' Prank
4 years ago
Katie Price Names And Shames The Twitter Trolls Bullying Her Son Harvey
4 years ago
Kim Kardashian Blasts "Body-Shaming and Slut-Shaming" In Brilliantly Honest Post
4 years ago
WATCH: Emma Watson Launched HeForShe Arts Week On International Women’s Day
4 years ago
Kylie Minogue Just Served Kylie Jenner With Some Scathing Home Truths
Next Page