The Kardashians face backlash for editing out Kim's comments on work

Fans have accused the show's editing of "gaslighting" its audience.

Viewers of The Kardashians are calling out the show for editing out some of the controversial comments made by Kim in her interview with Variety.

The businesswoman was famously asked about her advice for women in business, but her comments attracted backlash for being out of touch. 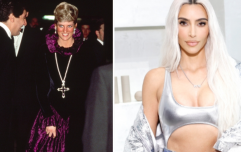 END_OF_DOCUMENT_TOKEN_TO_BE_REPLACED

At the time, Kim said: "I have the best advice for women in business: get your f**king ass up and work. It seems like nobody wants to work these days."

On the most recent episode of the TV show, however, fans noticed that her comment about nobody wanting to work was not aired.

Over on Twitter, viewers called the show's editing out for trying to portray Kim in as sympathetic a light as possible.

One viewer pointed out that the latter part of Kim's comment was the one that caused "the most backlash" and said that the show was attempting to "gaslight" its audience. 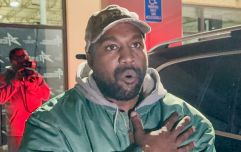 END_OF_DOCUMENT_TOKEN_TO_BE_REPLACED

On Reddit, another fan called out the show for failing to acknowledge the famous family's privileged roots.

They wrote: "They are trying to gaslight us…. They have always been privileged and no where near poor or even middle class. Yes they work but they also have lots & lots & lots of help that 99 percent of the rest of the world could only dream of having." 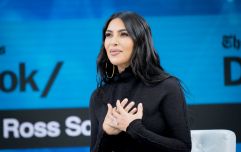 END_OF_DOCUMENT_TOKEN_TO_BE_REPLACED

In a previous episode of The Kardashians, Kim shared that she didn't intend for her comments to be taken as a "blanket statement" on all women.

She said: "When I made that statement, it wasn’t a blanket statement towards all women, as if I didn’t think all women work hard and respect the work they do.

"I see it every single day. The most important people who have shaped my life and career and helped me get where I am today are all women. So I hated that that got misunderstood and for that I am so sorry."