Khloe Kardashian is reportedly on the verge of reconciling with ex-husband Lamar Odom.

The couple split in 2013 over Odom's alleged infidelity but Radar Online is now reporting that the pair have been spending a lot of time together in recent weeks.

While Kim's younger sister had been linked to French Montana, the star is said to be "emotionally torn" over whether she should give her relationship with NBA star Odom another go.

END_OF_DOCUMENT_TOKEN_TO_BE_REPLACED

“Lamar loved Khloe before she was famous and he loved her for her,” a source told the site.

However, her family is said to be concerned about the news given Lamar's previous behaviour and reported battle with drug abuse.

“Her sisters, and entire family, care for Lamar a great deal because he was there since the beginning. But everyone is also very concerned because they do not want to see Khloe go through what she went through already with him prior to her decision to file for divorce. He tore her down and it has taken her so much to get back up,” said the source.

“They obviously still love each other very much and when Lamar is sober and well, he is a great husband. If Lamar can keep himself together, she is hoping they can work things out.” 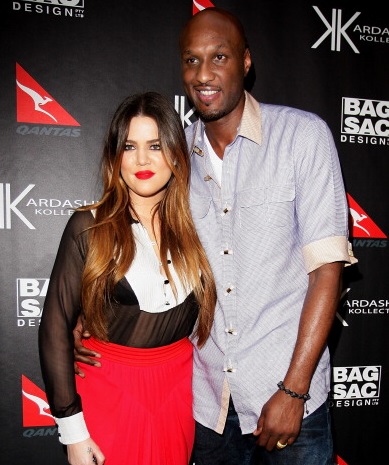 popular
Netflix's true crime series Sins of our Mother is seriously insane
So, William and Harry have a step sister... and who knew?
Why Are Men so Obsessed With Boobs? The Answer is Pretty Surprising...
A Criminal Minds re-boot is happening – and here's everything we know
Here's why you may have white lumps around your eyes
23 shows with four or more seasons to watch on Netflix
This is the easiest way to determine you may have VIKING heritage
You may also like
1 month ago
David Attenborough is coming to Ireland for new nature documentary
2 months ago
Love Island producers to launch middle-aged spin-off for Mums and Dads looking for romance
2 months ago
Love Island's Gemma finally tells villa about dad Michael Owen on TV
4 months ago
The six Eurovision countries with "irregular voting patterns" have been revealed
5 months ago
CBBC star Chelsie Whibley passes away from cystic fibrosis
7 months ago
The Late Late Show is looking for couples and singles for its Valentine's Special
Next Page