Kevin Spacey has been formally charged with four counts of sexual assault against three men over an eight-year period.

The 62-year-old actor has been charged with assaulting three men, the Crown Prosecution Service has announced. The attacks occurred over an eight-year period, from 2005 to 2013. 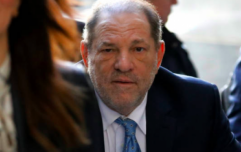 END_OF_DOCUMENT_TOKEN_TO_BE_REPLACED

The House of Cards actor was first accused of sexual assault in 2017 after Buzzfeed published statements from actor Anthony Rapp who said Spacey made sexual advances on him when he was 14. In response, Spacey issued a Twitter statement that largely dissuaded guilt and instead blamed "inappropriate drunken behaviour." 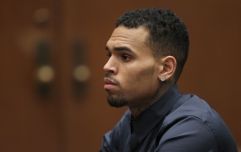 END_OF_DOCUMENT_TOKEN_TO_BE_REPLACED

Following Rapp's admission, more than 30 men came forward with similar stories. The extensive list of allegations can be viewed here, courtesy of Vox.

But, while the Crown Prosecution Service has authorised the case, Spacey does need to return to the UK to be formally charged, suggests the Telegraph.

“The CPS has authorised criminal charges against Kevin Spacey, 62, for four counts of sexual assault against three men," said Rosemary Ainslie, the head of the CPS Special Crime Division. “He has also been charged with causing a person to engage in penetrative sexual activity without consent. The charges follow a review of the evidence gathered by the Metropolitan Police in its investigation."

She added: “The Crown Prosecution Service reminds all concerned that criminal proceedings against Mr Spacey are active and that he has the right to a fair trial.”