Are you dying to see it?

Most people have a bit of a love/hate relationship with Disney's Frozen.

While it is a lovely film with a great message, the 'Frozen fever' meant a lot of people quickly got very sick of the film and more specifically the songs.

A second Frozen film has been on the cards for quite a while now but the released date won't be any time soon, according to Kristen Bell. 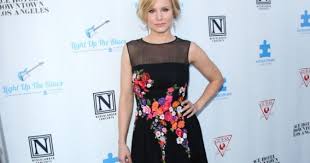 Kristen, who plays Anna, says that filming hasn't even begun yet.

While the are currently not filming the stars of the film have been keeping busy with other Frozen business.

"We work consistently to do the openings of [theme] parks or the change of seasons at parks or the ice show or whatever." She told IGN.

Kristen basically says that because the film is so huge, there is no need to push the second film.

"They are not rushing the script. They have the luxury to not rush because everyone is going to be excited whether it comes out tomorrow or in five years. They’re making it as perfect as they need it to be and we’re on call to start recording whenever."

When asked about her hopes for the sequel, Kristen hesitated to give an answer.

Whenever it does come out, be it tomorrow or 10 years, we're very intrigued to see it.

popular
Teen who pushed girl “head first” under Dart to face trial in adult court
Taxi driver who dropped missing woman Bernadette Connolly off comes forward
Decision to charge or release murder suspect in Ashling Murphy case will be made today
Sinéad O'Connor shares emotional new song dedicated to late son Shane
Man arrested on suspicion of murder of Ashling Murphy
Fans convinced Love Island's Chloe inspired new Kanye track
Tributes pour in for Vogue icon Andre Leon Talley, who has passed away
You may also like
2 weeks ago
This Is Us returns today for sixth and final season
2 months ago
Kaitlyn Dever on having George Clooney and Julia Roberts play her parents
2 months ago
Frozen star addresses possibility of third movie
2 months ago
Disney has dropped its magical new Christmas ad
3 months ago
Winnie the Pooh's hundred acre wood cottage is on Airbnb now
4 months ago
Disney+ reveals line-up of new and classic Halloween movies and shows
Next Page