Kourtney Kardashian explains why she kisses Travis Barker....like that

The pair, who married in Italy earlier this year, have also received plenty of attention for their penchant for public displays of affection, and their slightly unconventional approach to it.

END_OF_DOCUMENT_TOKEN_TO_BE_REPLACED

Throughout their courtship, fans have noticed how Kourtney and Travis smooch in public, but with a very tongues-forward approach. That is to say, mouths open and tongues in contact, though their lips don't appear to touch.

Kourtney, however, has recently shed some light on why they kiss this way.

On an episode of The Kardashians, she revealed that it's all to do with her lipstick.

She went on: "But we also don't want to not kiss, so we'll kiss with our tongues. That's why we kiss that way." 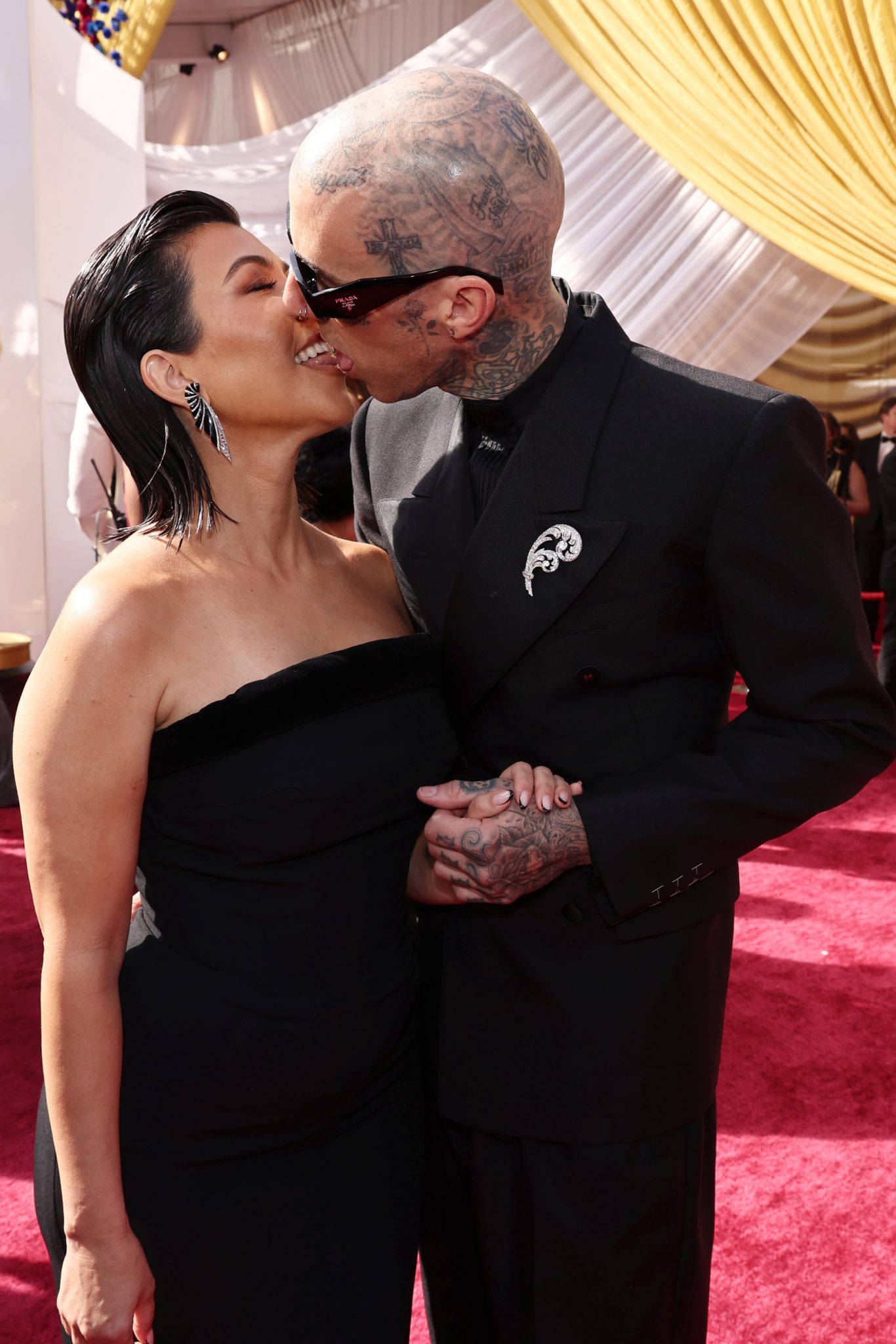 This isn't the first time Kourtney has addressed her PDA with Travis. On an earlier episode of the show, she complained about backlash she received for snogging Travis in Disneyland.

END_OF_DOCUMENT_TOKEN_TO_BE_REPLACED

"Oh my God, people were, like, pissed about the Disneyland video of me and you," she said. "They were like, ‘There’s kids.'"

Later, in her confessional, she said: "Kissing and hugging is not a bad thing. I'm actually grateful that my kids can see a loving, affectionate relationship, because they haven't seen that their whole lives."

Travis then said: "I just think people have trouble understanding how two people can be so in love and affectionate because they're fucking miserable."

Travis and Kourtney, who have actually been friends for over 15 years, tied the knot at a lavish ceremony in Portofino, Italy this summer. The pair were joined by their friends and family for the occasion, and Kourtney wore an impressive Dolce & Gabbana gown with a lengthy veil to the alter.