Coronation Street actress Kym Marsh could see herself taking a spot on the Britain's Got Talent judging panel.

Now Magazine reports that Kym believes she could identify with the contestants as she has experience of what a reality talent show involves.

"I know what it’s like to go through a reality show, I could empathise with the contestants as I know how they’re feeling". 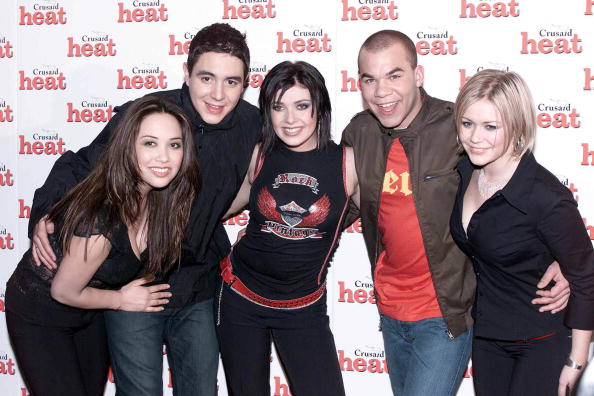 She continued: "I’d love to have the chance to judge on one of those shows one day but I think I’d be better on Britain’s Got Talent than The X Factor".

Kym was a contestant on reality TV show Popstars in 2001 and she along with fellow contestants Myleene Klass, Noel Sullivan, Suzanne Shaw and Danny Foster formed the group Hear'Say.

The thirty nine-year-old left the band in 2002 with Hear'Say calling it quits later that year.

Whether Kim's BGT dream will come true is another story but it would definitely make for interesting viewing!


popular
XOXO: Here's everything we know about the Gossip Girl reboot cast
'That’s the most honest answer': Skeet Ulrich reveals why he is leaving Riverdale
Recipe: 3 ingredient zesty body scrub to give you a stunning spa experience from home
QUIZ: How well do you remember Angus, Thongs and Perfect Snogging (the movie)
Leaving Cert 2020: Calculated grade student portal to open tomorrow
Paul Mescal is raffling off one of his iconic chains in support of Pieta House
Kirby Jenner, Kendall's 'fraternal twin brother', has gotten himself a reality TV show
You may also like
7 months ago
Tonight's episode of The Rotunda will have you in tears
1 year ago
Did you spot this massive Phoebe mistake in the first episode of Friends?
1 year ago
This is what First Dates' barman Merlin Griffiths does in real life
1 year ago
Nick left Home and Away 15 years ago and OMG, would you just look at him now
1 year ago
Love Island's Zara defends Adam's behaviour and honestly, is this real life?
2 years ago
Giovanni Pernice texting MIC star after splitting with TOWIE's Jess Wright
Next Page