It's been a whopper year for her professionally but it seems like if she's not dealing with her own break-up she's being dragged into someone else's.

Ever since it was revealed that Bradley Cooper and his girlfriend of four years Irina Shayk were going their separate ways, there's been a lot of speculation about Gaga.

She and Bradley, who co-starred in A Star Is Born, set tongues wagging during the press tour for the film earlier this year with some serious displays of affection.

Now lots of fans are seriously hoping that they'll get together.

I can’t believe I’m tweeting about a potential straight relationship during #Pride but, Bradley Cooper and his girlfriend broke up. Lady Gaga is single. Seems like the perfect time to bring this back. pic.twitter.com/HOtZLgW48x

me logging into twitter this lovely evening and finding out bradley cooper has realized lady gaga is the one for him pic.twitter.com/onrCKWUHy2

END_OF_DOCUMENT_TOKEN_TO_BE_REPLACED

But friends of the singer are keen to make sure she doesn't get the blame for Bradley and Irina's split.

Their separation has "nothing to do with Gaga" a pal has told UsWeekly, while another said that "nothing romantic" has happened between her and Bradley.

It comes days after she opened up about the end of her engagement to Christian Carino for the first time. 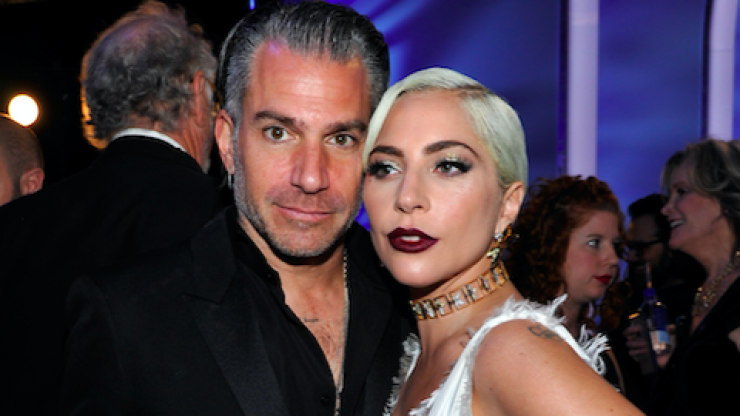 Speaking to the crowd at her Las Vegas residency, she said she was about to sing 'Someone to Watch Over Me' for the first time since becoming single.

"Last time I sang this song, I had a ring on my finger, so it'll be different this time," she told the audience.

The pair broke up in February, with the news breaking days before the Oscars.

popular
Traditional names such as Mary, Maureen, John and Michael may soon be extinct
Husband demands divorce after wife changes baby's name behind his back
Wagatha Christie: Rebekah Vardy storms out of court just 30 minutes into final day
Deborah James "scared to go to sleep" as she receives hospice care
Final episode of Neighbours to air on Irish TV in August
Oklahoma governor signs strictest abortion ban in America
Irish mum shares "harrowing" experience after kids almost abducted in Turkey
You may also like
1 month ago
WATCH: Lady Gaga and Liza Minnelli save the Oscars with heartwarming moment
5 months ago
Irish actresses Caitríona Balfe and Ruth Negga among Golden Globe nominees
5 months ago
Gucci family say Ridley Scott's new film portrays them as "thugs"
5 months ago
You can rent out the house from House of Gucci on Airbnb
6 months ago
Lady Gaga is on The Late Late show tomorrow night
6 months ago
Everything we know about so far about House of Gucci
Next Page