Leona Lewis Hits Out At Simon Cowell on New Album?!

Leona Lewis might have described her time at Syco at “incredible” but some of the lyrics on her new album suggest otherwise.

According to reports the singer, who won X Factor back in 2006 before going on to have a string of hits including A Moment Like This and Bleeding Love, hits out at her former record label and Simon Cowell in her new songs. 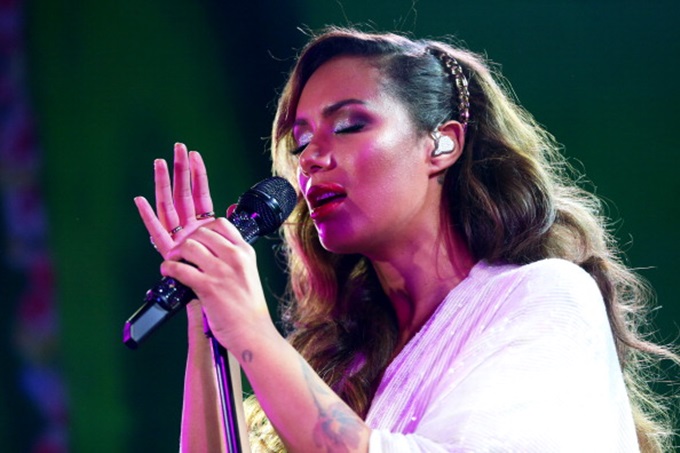 The singer is working on her new album.

END_OF_DOCUMENT_TOKEN_TO_BE_REPLACED

A source told The Sun newspaper: “It’s no exaggeration to say that Leona was driven to the depths of despair by the end of her time signed to Syco.

“Some of the lyrics sound as if she’s talking about a break-up from a boyfriend, but they’re actually about leaving Simon.

“It had huge impact on her life and for the first time she’s not scared to say what she thinks through her music.”

The insider added: “Simon and Syco wanted to have full control of her music, but Island have let her call the shots… Leona doesn’t want to slag anyone off in interviews or on the telly – she wants to let the music do the talking.”

Last year Leona revealed that she was leaving Syco to join Island Records. At the time she said: “To me Island has always been a label where artists can really flourish and are encouraged to express themselves.”

popular
Vicky Phelan says she wants to pass away in holiday home "for the kids' sake"
Scotland international rugby star Siobhan Cattigan tragically dies, aged 26
Meabh Feerick passes away after sharing that she felt "let down" by Irish healthcare system
Why Are Men so Obsessed With Boobs? The Answer is Pretty Surprising...
Ashley Cain decorates baby Azaylia's grave for Christmas
Vicky Pattison thanks fans for support after doctors find ovarian cyst
How to INSTANTLY unblock your stuffy nose (we swear this works)
You may also like
2 years ago
Turns out, this colour of wine gives you the WORST hangover
5 years ago
Pretty Little Liars actor Brandon Jones could be facing over five years in prison
5 years ago
Gwen Stefani Receives Massive Backlash After "Insulting" April Fools' Prank
5 years ago
Katie Price Names And Shames The Twitter Trolls Bullying Her Son Harvey
5 years ago
Kim Kardashian Blasts "Body-Shaming and Slut-Shaming" In Brilliantly Honest Post
5 years ago
WATCH: Emma Watson Launched HeForShe Arts Week On International Women’s Day
Next Page