Lewis Capaldi explains why he's been kicked off Tinder

He ended up joining an alternative site, but admitted it was "way beyond" anything he was expecting.

Singer song-writer Lewis Capaldi hasn't had the easiest time with online dating, after revealing that he got booted out of a number of platforms.

The Hold Me While You Wait singer recently opened up about his foray into the world of apps during an appearance on the Diary of a CEO podcast. 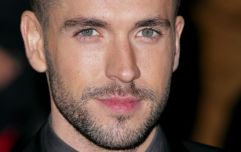 END_OF_DOCUMENT_TOKEN_TO_BE_REPLACED

"Someone told me to go on this one called Feeld and I go on it and it's so sexual, it's unbelievable." 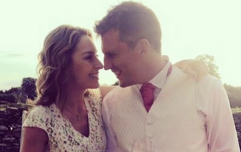 END_OF_DOCUMENT_TOKEN_TO_BE_REPLACED

"Feeld is a dating app for exploration, curiosity and pleasure," the official description reads. It also allows both single people and couples to join.

Earlier this week, Lewis opened up about his Tourette's diagnosis. 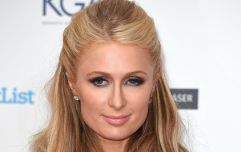 END_OF_DOCUMENT_TOKEN_TO_BE_REPLACED

He told The Sun: "I have been diagnosed with Tourette’s.

"I wanted to speak about it because I didn’t want people to think I was taking cocaine or something.

"My shoulder twitches when I am excited, happy, nervous or stressed. It is something I am living with."

He also explained that he is being treated with Botox injections to freeze muscles to try to control the tics characteristic of Tourette’s.

Additionally, in an Instagram Live session, he told his fans that he is "learning new ways to cope" with his condition all the time.

popular
Here are the baby name trends set to dominate 2023
Here is the reported I'm A Celeb All Stars line-up
Two Love Island 2022 stars have just become step siblings...
Hailey Bieber shuts down rumours she dated Justin while he was with Selena Gomez
5 delicious brunch spots around Ireland to try out on your next trip with the girls
ITV boss defends Phil and Holly once more
Doctors move young girl to Dublin hospital after Co. Clare incident
You may also like
4 weeks ago
Irish woman who flew 7,000 miles for a Tinder date now has a baby with match
7 months ago
Dating after Covid: Has the pandemic changed everything?
9 months ago
Red flags or red bunting? This is what experts say you should watch out for
1 year ago
60 per cent of Irish people open to sharing virtual meal for Valentine’s Day
2 years ago
'Beard-baiting' is now apparently a dating trend - and we're all for it
2 years ago
Filter Off: The speed-dating video app proving popular during the pandemic
Next Page