Curtis Pritchard was made for telly so we're delighted that he's landed himself a plum presenting role on major show.

The energetic dancer will appear in the next series of The Greatest Dancer on BBC1 as the receptionist.

He'll be meeting contestants as they arrive and helping them get pumped up before their auditions.

"To have left the Love Island villa just ten days ago and to be so quickly given an opportunity to be a part of a show as amazing as The Greatest Dancer is a dream come true," he told Radio DJ Scott Mills.

"When I got the call I was so honoured to even be considered for this, so the fact it's happening I can't quite believe! Dance is my passion and I can't wait to meet all the contestants in the new, revamped reception area."

Curtis, 23, will be on screens when the series returns early next year - but does he have his eye on Strictly? 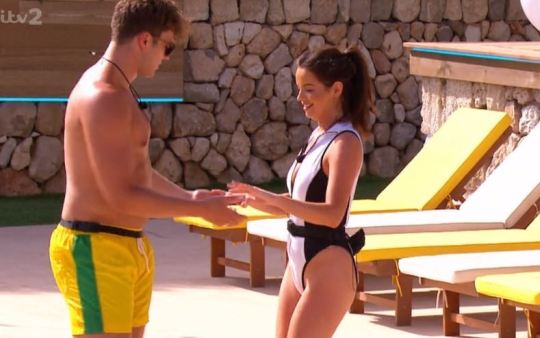 His brother AJ is a pro on the dancing show and there's now speculation Curtis, who was previously on RTÉ's Dancing With The Stars, could follow in his footsteps.

"Who knows what the future holds," Curtis said.

"Well, it would be great to work with AJ.

"The Cliftons, Mabuses, it was a family show but now it’s becoming a very family show."

Meanwhile things are going just as well for Curtis's other half Maura.

She kicked her TV career into gear this week when she became the new agony aunt on ITV's This Morning.

popular
Meabh Feerick passes away after sharing that she felt "let down" by Irish healthcare system
Stacey Solomon mortified after walking around shop in see through leggings
Vicky Pattison thanks fans for support after doctors find ovarian cyst
Liveline listeners call for RTÉ's new property show to be scrapped
Why Are Men so Obsessed With Boobs? The Answer is Pretty Surprising...
Gwen Stefani reportedly pregnant with baby number four
Here's what happens on every day of your menstrual cycle (roughly)
You may also like
10 hours ago
A TV adaption of One Day is coming to Netflix
6 days ago
Bake Off fans in tears after emotional final show
1 week ago
WATCH: The trailer for Netflix's Anna Delvey series is finally here
1 week ago
Everything we know about Selling Sunset spin-off, Selling Tampa
1 week ago
I'm a Celeb trials set to be different this year, producers say
1 week ago
Vogue Williams to host new body image show Send Nudes
Next Page