Maura Higgins brought her brand of searingly honesty to This Morning today and viewers loved it.

Her no-nonsense attitude and quick quips on this year's Love Island endeared her to millions.

Now the Longford beauty has made her debut as an agony aunt on ITV's flagship daytime show, taking questions from folks at home.

But more than just being direct, Maura came across as genuine and insightful as she peppered her advice with her personal experience.

She told a woman who said she felt her partner was more like a friend that the woman should suggest going on a break.

"I was actually in your situation, I was in a nine-year relationship, and to be honest, you kind of just get stuck in a rut.

"What I’d do is sit him down and maybe say to him, maybe it’d be a good time to go on a break, and see what he says, and it’s going to be scary... What if we go on a break and he doesn’t want me after that?

"Well, you know what? If he doesn’t, you deserve better, you can’t go on like that." 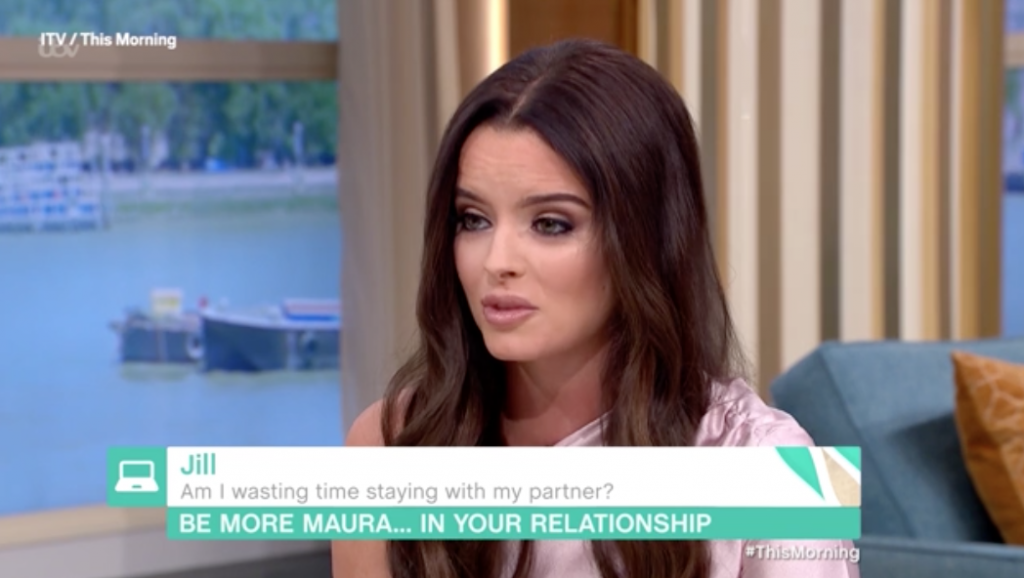 To a girl who said she'd been secretly on a date with her bestie's brother, Maura suggested she come clean.

"You need to be honest with her, because otherwise she is going to feel betrayed by her best friend and her brother. That’s not really a good thing and then your friendship is not going to last."

The advice went down a storm with viewers, who loved her honesty.

You might just catch me watching #thismorning every morning now that Maura is on it, great craic

Maura is a great addition to #ThisMorning ? @MauraHiggins pic.twitter.com/CdHo9bm4H8

Maura on This Morning! She was so good I almost phoned in myself, until I realised I need help getting into a relationship, not out of one. #thismorning #maurahiggins

@thismorning @maurahiggins_ love her!! I need a #maurahiggins in my life #ThisMorning

Here's to more of Maura taking on the TV world one relationship woe at a time.

popular
"The nightmare for Topsy and Turvy can finally end" Missing dogs are reunited and it's the best news
Irish influencer Lisa Jordan reveals her little boy's name and it's so cute
This 'Mississippi Mud Pie' recipe is a must-try for chocolate cake fans
The Harry Potter AirBnB announced it has availability this month and we'll race you
Meath creche with five postive COVID-19 cases has closed due to HSE advice
Power ponytails and perfect messy buns! Here's some TikTok hair hacks to try at home
Ed Sheeran is reportedly expecting a baby with wife Cherry Seaborn
You may also like
5 days ago
The second season of Dirty John lands on Netflix next week and we’re already hooked
1 week ago
QUIZ: How well do you know The Young Offenders?
1 week ago
Ellen DeGeneres addresses workplace allegations in letter to staff
1 week ago
WATCH: Brendan Gleeson nails the Donald Trump look and voice in first trailer for The Comey Rule
2 weeks ago
Erin's Diary: An official Derry Girls book is coming out this year
2 weeks ago
All the movies worth watching on TV this weekend
Next Page